Lara Logan Says She Was ‘Pushed out’ of Fox News 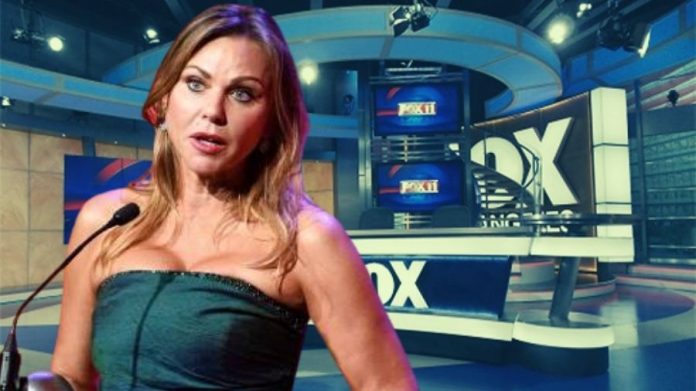 “No, I was pushed out,” Logan said during an interview with conservative radio host Eric Metaxas.  “I mean, there is no doubt that. They don’t want people who follow that fact regardless of the politics.”

Logan, who was not on Fox’s payroll, had previously hosted a docuseries produced by warm springs productions titled “Lara Logan has no Agenda,” episodes of which appeared on Fox’s streaming service Fox Nation. She has also appeared as a guest on a number of the network‘s primetime opinion programs on cable, often sharing her thoughts on media coverage, political issues, and other current events.

During an appearance in November on “Fox news primetime,” Logan compared Fauci, the nation’s leading infectious diseases expert, to the Nazi doctor who worked at Auschwitz during the Holocaust.

“What you see on Dr. Fauci. This is what people say to me, that he doesn’t represent science to them. He represents Josef Mengele…the Nazi doctor who experimented on Jews during the second world war and in the concentration camps,” Logan said. “And I am talking about people all across the world are saying this. Because the response from COVID, what it has done to countries everywhere, what it has done to civil liberties, the suicide rates, the poverty, it has obliterated economies.”

Logan’s comments were widely panned, including by several Jewish groups and the Auschwitz Memorial and Museum.  She was also reportedly dropped by her talent agency following the comments.

“I have always said I don’t belong to any party. I do not belong to anyone’s side,” Logan said. “I do not care about media organizations that for years have reported false stories. Why should I care what they have to say?”

Who is Lara Logan?

Lara Logan (born 29 March 1971) is a South African television and radio journalist and war correspondent. She was a correspondent for CBS News between 2002 and 2018. In 2019, she joined the Sinclair Broadcast Group, a conservative media company. In January 2020, she joined fox Nation, a subscription streaming service run by Fox news. In March 2022, she said she had been “dumped” by the network.

Logan was born in Durban, South Africa, and attended high school at Durban Girls College. She graduated from the University of the Natal in Durban in 1992 with a degree in commerce. She earned a diploma in French language, culture, and history at Alliance Francaise in Paris.

Logan worked as a news reporter for the Sunday Tribune in Durban during her studies (1988 -1989), then for the city’s Daily News (1990 – 1992). In 1992, she joined Reuters Television in Africa, primarily as a senior producer. After four years she branched out into freelance journalism, obtaining assignments as a reporter and editor/producer with ITN and Fox/SKY, CBS News, ABC News (in London), NBC,  and the European Broadcasting Union. She worked for CNN, reporting on incidents such as the 1998 United States embassy bombings in Nairobi and Tanzania, the conflict in Northern Ireland, and the Kosovo war.

Logan was hired in 2000 by GMTV Breakfast television (in the UK) as a correspondent. She also worked with the CBS News radio as a freelance correspondent. Days after the September 11 attacks, she asked a clerk at the Russian Embassy in London to give her a visa to travel to Afghanistan. In November 2001, while in Afghanistan working for GMTV, she infiltrated the American British-backed Northern Alliance and interviewed their commander, General Babajan, at the Bagram Air Base.

Also, Read | Washington State Aims To Do Away With Most Non-Electric Vehicles By 2030

CBSE News offered her a full-fledged correspondent position in 2002.  She spent much of the next years reporting from the battlefield, including war zones in Afghanistan and Iraq, often embedded with the United States Armed Forces. But she interviewed famous figures and explorers such as Robert Ballard, discoverer of the wreck of the RMS titanic Many other reports were for 60 minutes she was also a regular contributor to the CBS Evening News, The Early Show, and Face the nation. In February 2006, Logan was promoted to chief foreign affairs correspondent for CBS news.

Logan left CBS News in August 2018. The following year, she joined the Sinclair Broadcast group temporarily, as a correspondent reporting to the United States Mexico border.