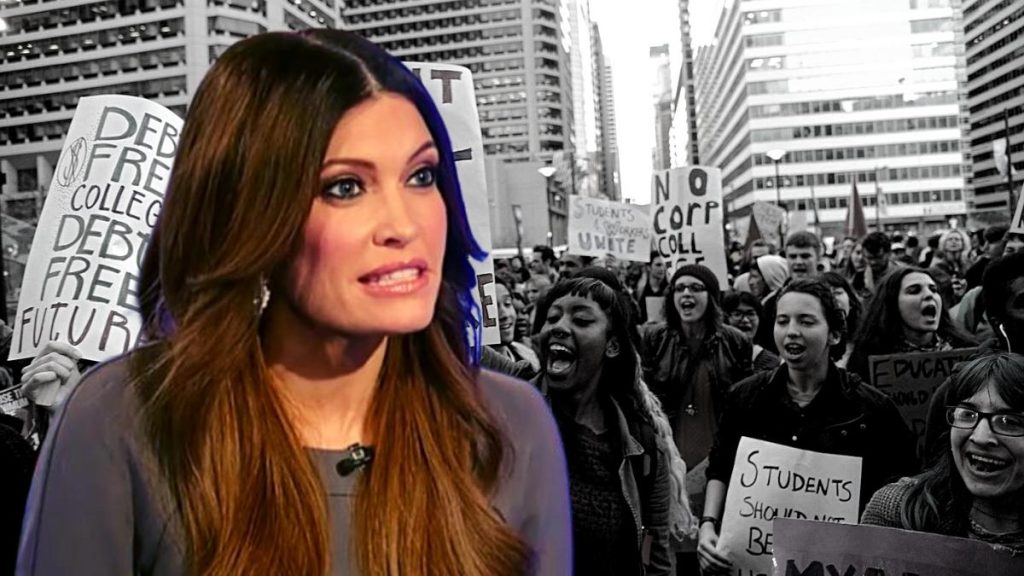 Donald Trump Jr.’s fianceé Kimberly Guilfoyle slammed President Biden’s student loan debt forgiveness plans, saying that the plan will only benefit “lazy” students with useless college degrees like “basket-weaving.” With her comments, Guilfoyle has joined several other conservative politicians who have raised their voice against the Biden administration for forgiving student loans.

“Enough of this nonsense! I mean, paying off loans for people that don’t want to — they wanna have some bizarre basket-weaving degree,” Guilefoyle said in a recent interview. “And they want all of us, people watching across this country, hard-working men and women, to subsidize their laziness and their inability to even try to contribute to society,” she added.

She commented further, saying, “It’s unfair, it’s un-American, and it’s not the way that this country should work.”

Borrowers earning $125,000 or $250,000 for married couples are eligible for a loan forgiveness of $10,000. Additionally, borrowers who received federal Pell Grants – tuition assistance available to students from low- and middle-income families – are eligible for a $20,000 loan forgiveness. Furthermore, anyone with an undergraduate loan will be able to limit repayments to 5% of their monthly income under a new income-driven repayment plan.

“An entire generation is now saddled with unsustainable debt in exchange for an attempt, at least, at a college degree,” said the US president in his public address announcing the relief plan. “The burden is so heavy, even if you graduate, you may not have access to the middle-class life that the college degree once provided. Many people can’t qualify for a mortgage to buy a home because of the debt they continue to carry.”

Guilfoyle is not the only one who doesn’t agree with the debt rely plan. In a statement issued last Wednesday, Senate Minority Leader Mitch McConnell referred to the plan as “President Biden’s student loan socialism,” calling it “astonishingly unfair.” and “a slap in the face to every family who sacrificed to save for college, every graduate who paid their debt, and every American who chose a certain career path or volunteered to serve in our Armed Forces in order to avoid taking on debt.”

In an interview, White House Deputy Communications Director Kate Berner stated that the debt relief plan will ensure that “20 million of the 43 million borrowers who are eligible for the plan will have their debt totally wiped away, and about two-thirds of them will have half or more of their debt wiped out,” Berner said.

Some policy experts raised an eyebrow after President Joe Biden announced a massive new plan to cancel up to $10,000 in federal student loans. According to these experts, the plan will cost taxpayers and will do nothing to address the serious affordability issues that plague higher education in the United States.