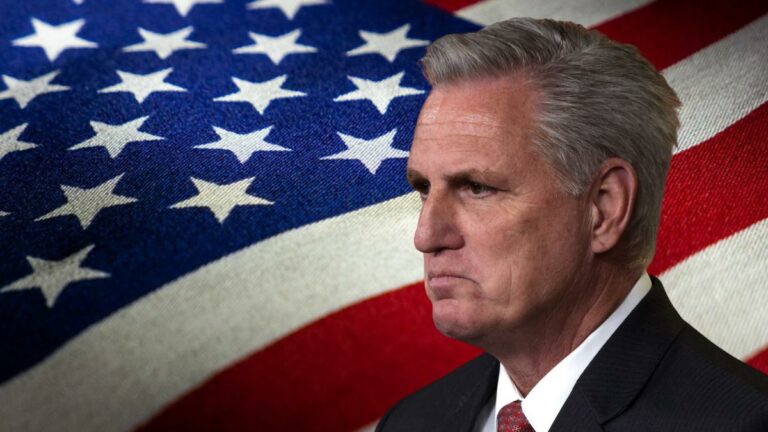 House Minority Leader Kevin McCarthy called for the resignation of DHS Secretary Alejandro Mayorkas on Tuesday, citing border conditions, and threatened to investigate the Biden-appointed official if he did not step down.

McCarthy stated, along with six other Republicans, during a visit with US Customs and Border Protection personnel in El Paso, Texas, that the country has never been more at risk as a result of illegal border crossings, dubbing it the “worst border crisis” in US history.

“Our country may never recover from Secretary Mayorkas’ dereliction of duty. This is why today I am calling on the secretary to resign,” he said. “If Secretary Mayorkas does not resign, House Republicans will investigate every order, every action and every failure. And we will determine whether we can begin an impeachment inquiry.”

Republicans have made border security a focal point of their attacks on Democrats and the Biden administration, and this will only intensify next year as Republicans take control of the House.

According to Pew Research Center, the US Border Patrol had the most southwest border interactions with migrants last year. This year, the US Customs and Border Patrol has consistently recorded more than 150,000 illegal crossings per month. Migrants from Mexico, Venezuela, and Guatemala are increasingly making the perilous journey to the United States’ northern border, risking their lives to escape poverty, climate change, and political insecurity.

McCarthy singled out the impending end of Title 42 as a source of concern at the border. The Trump administration’s policy allowing migrants to be turned away at the border due to COVID-19 concerns is set to end next month, according to a major news outlet, after a U.S. District Court judge ruled the policy unconstitutional.

The right wing of the party has been pushing for Mayorkas’ impeachment in particular, though others in the GOP are skeptical that the secretary’s actions meet the standard of high crimes and misdemeanors. Only once in US history has a Cabinet official been impeached.

“We never do impeachment for political purposes,” McCarthy said on Tuesday, attempting to deflect criticism that Republican leaders may politicize the impeachment process in order to challenge Biden’s appointments and policies, thereby stalling his administration’s progress. “If the investigation leads to an impeachment inquiry, we will follow through.”

This is the latest development in Kevin McCarthy‘s attempt to remove several Democratic House members from committee assignments if he becomes speaker this weekend, following Republicans’ narrow victory in the midterm elections.