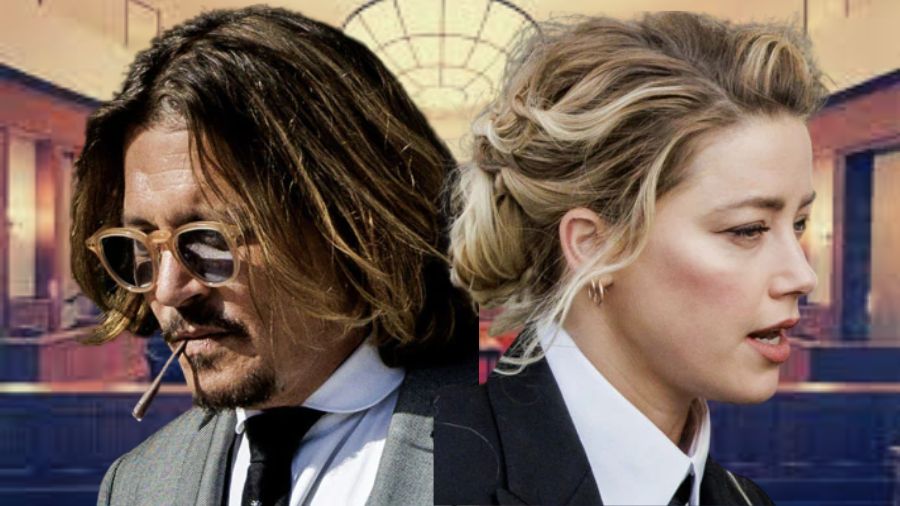 Day 14 of the infamous court battle in Fairfax, Virginia between Pirates of the Caribbean star Johnny Depp and his ex-wife Amber Heard saw Ms Heard’s side take the stand for the first time, and tell us her side of the story. The trial is halfway through, with Johnny Depp’s side resting its case, and it’s starting to get murkier and darker by the day.

Clinical psychologist Dawn Hughes who testified first from Amber’s side, claimed that the POTC star had abused Heard sexually on multiple occasions, one while doing an alleged “cavity-search” whilst looking for his cocaine which he thought that Heard had hidden.

“Mr. Depp performed a ‘cavity search’ and ostensibly was looking for drugs and felt it acceptable to rip off her nightgown and stick his fingers up her vagina to look for cocaine and thought maybe she was hiding it there,” said Hughes.

Hughes provided a professional analysis that contradicted the forensic psychologist called to the stand by Depp’s team last week, who stated that Heard showed no signs of PTSD. Instead, Hughes claimed that the actress suffers from post-traumatic stress disorder as a result of Mr. Depp’s “intimate partner violence.”

Hughes testified about several more of Heard’s sexual assault allegations against Depp. Hughes claimed Heard said to her that Mr. Depp digitally penetrated her multiple times and once penetrated her with a liquor bottle. According to Hughes’ testimony, Heard told Hughes that Depp would have alcohol-fueled “rages” that frequently resulted in these acts.

“The incident in Australia — one of the most severe instances of sexual violence that Ms. Heard had to endure — when he was beating her and choking her and telling her, ‘I’m going to f—–g kill you. I hate you.’ … He grabbed a bottle that was on the bar and penetrated her with that bottle.” Hughes added, “Ms. Heard reported to me of dissociating and going outside of her body. The only thing she was thinking is, ‘Oh God, I hope it’s not the broken one.”

“My goal is the truth” -says Johnny Depp

Johnny Depp is suing Heard for $50 million for defamation in connection with a 2018 op-ed she wrote for The Washington Post about surviving domestic violence, despite the fact that she never mentioned Depp by name in the article. The $50 million lawsuit was originally filed in March 2019 by the Pirates of the Caribbean actor.

Depp, who has repeatedly stated under oath that he has never struck Heard or any other woman, has testified that his “goal is the truth” as he seeks to clear his name in the trial, which is being televised live by a number of outlets.

A few days ahead of the trial, Heard issued a statement in which she said, “hopefully when this case concludes, I can move on and so can Johnny. I have always maintained a love for Johnny and it brings me great pain to have to live out the details of our past life together in front of the world.”