The jury has reached a verdict in the Johnny Depp-Amber Heard defamation trial. Yes, he did it! After a long and arduous trial that lasted more than a month, and jury deliberations, Pirates of the Caribbean star Johnny Depp has emerged victorious on all counts. 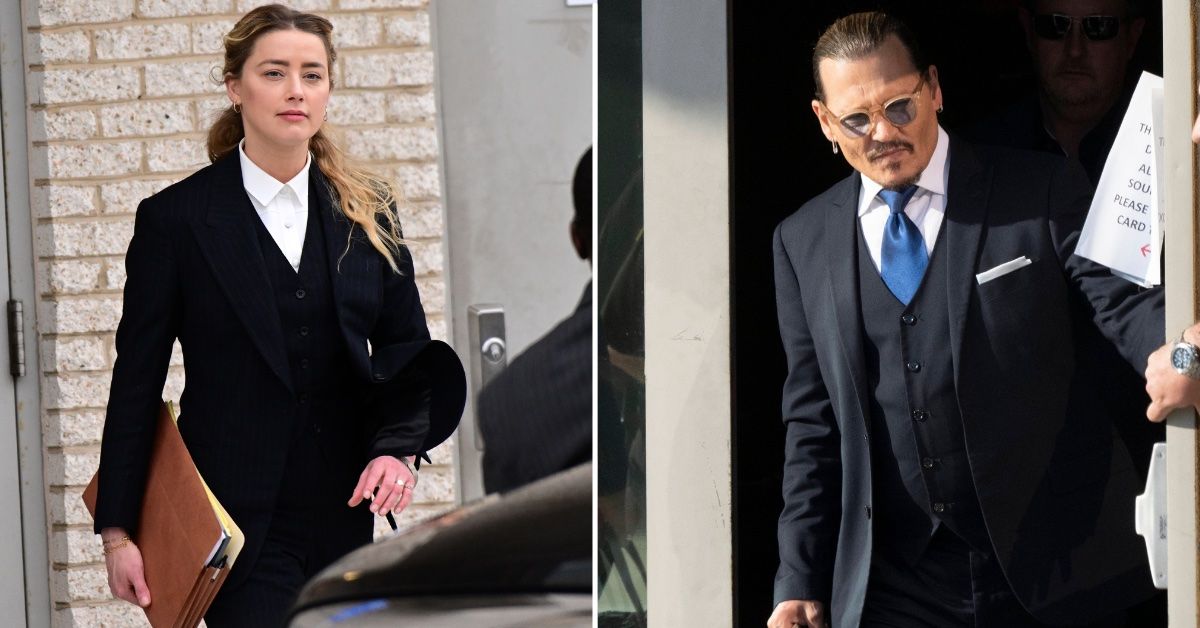 Depp sued Heard in December 2018 for an op-ed she wrote for The Washington Post in which she described herself as a “public figure representing domestic abuse.” Heard did not name Depp in the article, but he did sue her for implying he was a domestic abuser, seeking $50 million in damages. Heard countersued for $100 million, claiming that Depp’s lawyer, Adam Waldman, defamed her by telling the Daily Mail that her abuse claims were a “hoax.” To win compensatory or punitive damages, the jury had to find the statements were made with actual malice — with the knowledge that they were false or with “reckless disregard” for whether they were false or not.

“Jury gave me my life back”, says Depp, while Amber Heard “heartbroken”

Following the verdict, the Pirates of the Caribbean star penned down a long, heartfelt note on his official Instagram account, thanking the jury for “giving him his life back”. Depp revealed his decision to speak the truth, knowing full well that his toxic marriage would turn into a worldwide spectacle, was it only because he owed it to his kids and all those who stood by him through thick and thin.

“My decision to pursue this case knowing very well the height of the legal hurdles that I would be facing and the inevitable, worldwide spectacle into my life, was only made after considerable thought,” Depp wrote. “From the very beginning, the goal of bringing this case was to reveal the truth, regardless of the outcome,” Depp continued. “Speaking the truth was something that I owed to my children and to all those who have remained steadfast in their support of me. I feel at peace knowing I have finally accomplished that.”

Depp continued on, thanking his fans around the world for the overwhelming support they provided him, and the members of the court and his legal team, for doing an extraordinary job.

“I am, and have been, overwhelmed by the outpouring of love and the colossal support and kindness from around the world.” -he wrote further, adding, “I wish to acknowledge the work of the Judge, the jurors, the court staff and the Sheriffs who have sacrificed their own time to get to this point, and to my diligent and unwavering legal team who did an extraordinary job in helping me to share the truth.”

He ended his note, expressing gratitude for the start of a new chapter in his life, saying that “Truth never perishes”.

Amber Heard, on the other hand, listening to the verdict proving her a liar, with eyes cast down in the courtroom, later released a statement saying she was “disappointed beyond words” and “heartbroken” by the jurors’ decision.

“The disappointment I feel today is beyond words,” Heard said, adding, “I’m heartbroken that the mountain of evidence still was not enough to stand up to the disproportionate power, influence, and sway of my ex-husband. I’m even more disappointed with what this verdict means for other women,” she said. “It is a setback. It sets back the idea that violence against women is to be taken seriously.”

Amber had made some pretty serious claims of abuse, including physical violence and sexual abuse, and described horrifying incidents on the stand, that seemed to be coming straight out of a movie script. Turns out, all those incidents were truly made up, and Depp had never even laid a finger on the Aquaman actress.

“Tell the world, Johnny” -he did, and the world believed in him

In a chilling audio recording that was played in court during the six-week-long trial, Amber Heard was recorded admitting to abusing Depp, and then challenging him to tell the world and see who believed him, a man, of being an abuse victim.

“Tell the world, Johnny, tell them, see what a Judge or Jury thinks. ‘Johnny Depp, I, a man, I’m a victim too of domestic violence’. And see how many people believe or side with you.”

Well, he did, and guess what- Literally the entire world sided with him. Johnny Depp pulled through, no matter how painful it was for him to relive those traumatic moments with Heard, and told his entire side of the truth. For six long years, he had “reluctantly” carried this huge burden on his back, but now, with justice served, he finally gets to leave it behind and move forward.

Even before the verdict was delivered in his favour, Captain Jack Sparrow, who had previously made a place in the hearts of his fans, already won in the court of public opinion. Everybody, his exes Kate Moss, Wynona Rider and ex-wife Vanessa Paradis, his friends from Hollywood including Marvel actor, Paul Bettany, and his loving fans (including me!), stood strongly by his side. Johnny Depp has proved, that men too, can be victims of domestic abuse, not just women.

With the verdict delivered, fans celebrated Depp’s win as their own, and hashtags like #HeDidIt! , and #JohnnyDeppGotJustice started trending on Twitter. Fans couldn’t contain their happiness and took to Twitter and other social media to express themselves.

“I’m just smiling from ear to ear. Defamation cases are so hard to win in the US and he did it. I’m so happy for him. I’m so happy for all victims who saw a survivor triumph over his abuser today,” -wrote a fan on Twitter.

Another Twitter user wrote, “HE DID IT. HE WON. HE TOLD THE WORLD & THE WORLD LISTENED. JUSTICE HAS PREVAILED.”

Disney might welcome Johnny Depp back as Captain Jack Sparrow

Following Amber Heard’s op-ed being published in newspapers, labelling Depp as a “wife-beater”, Disney dropped the actor from his most successful movie franchise, Pirates of the Caribbean. They even announced a spin-off for the series with Margot Robbie as the lead actor. But with the verdict in Depp’s favour, an insider from Disney released a statement that hinted at a possibility of Captain Jack Sparrow’s return.

“I absolutely believe post-verdict that Pirates is primed for rebooting with Johnny as Capt. Jack back on board. There is just too much potential box-office treasure for a beloved character deeply embedded in the Disney culture.”-read the statement. “With (producer) Jerry Bruckheimer riding high on the massive success of Tom Cruise in Top Gun: Maverick, there is huge appetite for bringing back bankable Hollywood stars in massively popular franchises.”

But the star is currently in the UK, celebrating his win with fans, and a classic British meal of fish and chips and a pint in a pub. You sure deserve it, Captain!