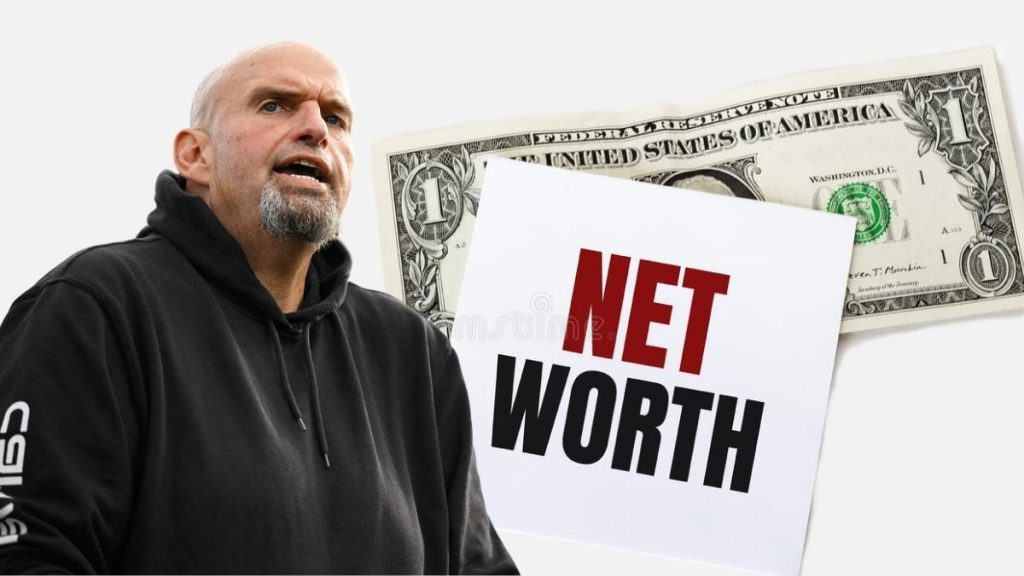 The following article contains all the information you will need regarding John Fetterman net worth, his career, early life and more.

The race has become significantly narrow since mid-September, when Fetterman’s lead over Oz grew to as much as 10 points as cited by a poll. Two polls conducted since the Fetterman-Oz debate by InsiderAdvantage and Wick Insights show Oz with a thin lead over Fetterman.

What is the Democratic Senate nominee’s net worth? Read on to know more on the topic: John Fetterman Net Worth: How Much is He Worth? 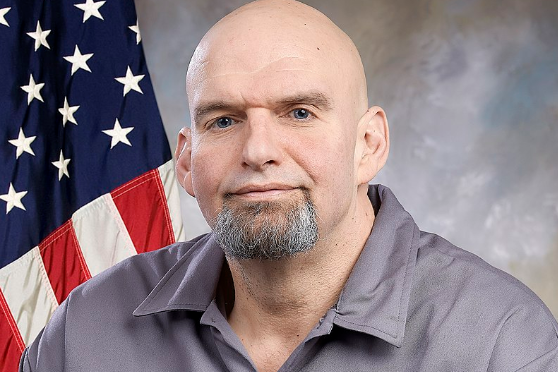 Democrat Senate candidate John Fetterman has a net worth of approximately $800,000. According to reports, Fetterman takes home an annual salary of $217,610 as the lieutenant governor of Pennsylvania. Additionally, it is reported that he holds at least $450,000 in assets including bank accounts and trusts or funds for his children. According to financial reports disclosed in 2021, Fetterman’s assets are estimated to be worth between $717,000 and $1.58 million.

According to county records, Fetterman also owns eight properties worth a total of $108,000. The parcels are all in Braddock, Pennsylvania.

John Fetterman’s wife’s name is Gisele Barreto Fetterman. Gisele is a Brazilian-American activist, and was once an undocumented immigrant living in Newark, New Jersey. The couple first came in contact when Gisele, after hearing about his work, sent him a letter in 2007. Eventually, Fetterman and Gisele started dating and in 2008, they tied the knot.

The couple have three children, a daughter and two sons, and two rescue dogs named Levi and Artie. The family currently reside in their private residence in Braddock, which was previously a car dealership premises.

John Fetterman has a simple taste in dressing, and is mostly seen in casual outfits. According to some sources, he owns only a single suit, that too only for the purpose of wearing it when presiding over the Pennsylvania Senate, that has a formal dress code.

The Pennsylvania lieutenant governor has a history of heart problems, and he previously suffered a stroke in May, just before the Democratic primary election, which he won by a more than 30-point margin. 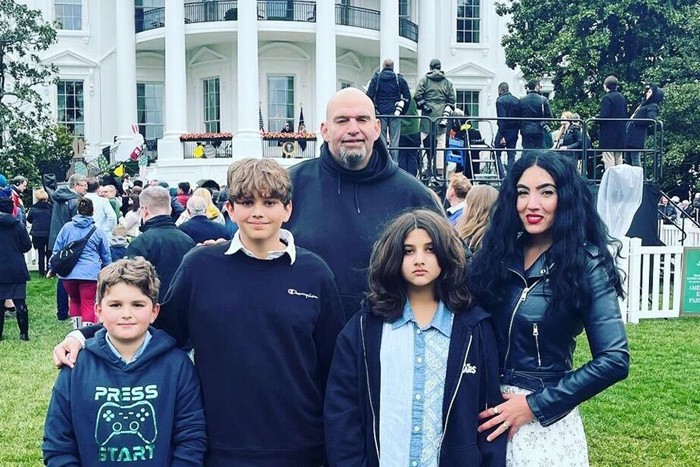 In the days following his stroke and resounding primary victory, Fetterman avoided detailed questions about his health from his home in Braddock. Medical experts questioned whether the candidate had another heart condition that was not disclosed by his campaign.

Fetterman later stated that the stroke nearly killed him and thanked his wife for recognizing the symptoms so that he could seek immediate treatment. He’s also stated that he considers himself fortunate to be campaigning so close to a hospital with a major stroke center.

Fetterman’s health issues have become a major source of voter apprehension. According to a recent poll, a sizable number of Pennsylvania voters say they would have voted for Democratic Senate nominee John Fetterman if he hadn’t suffered a stroke earlier this year. 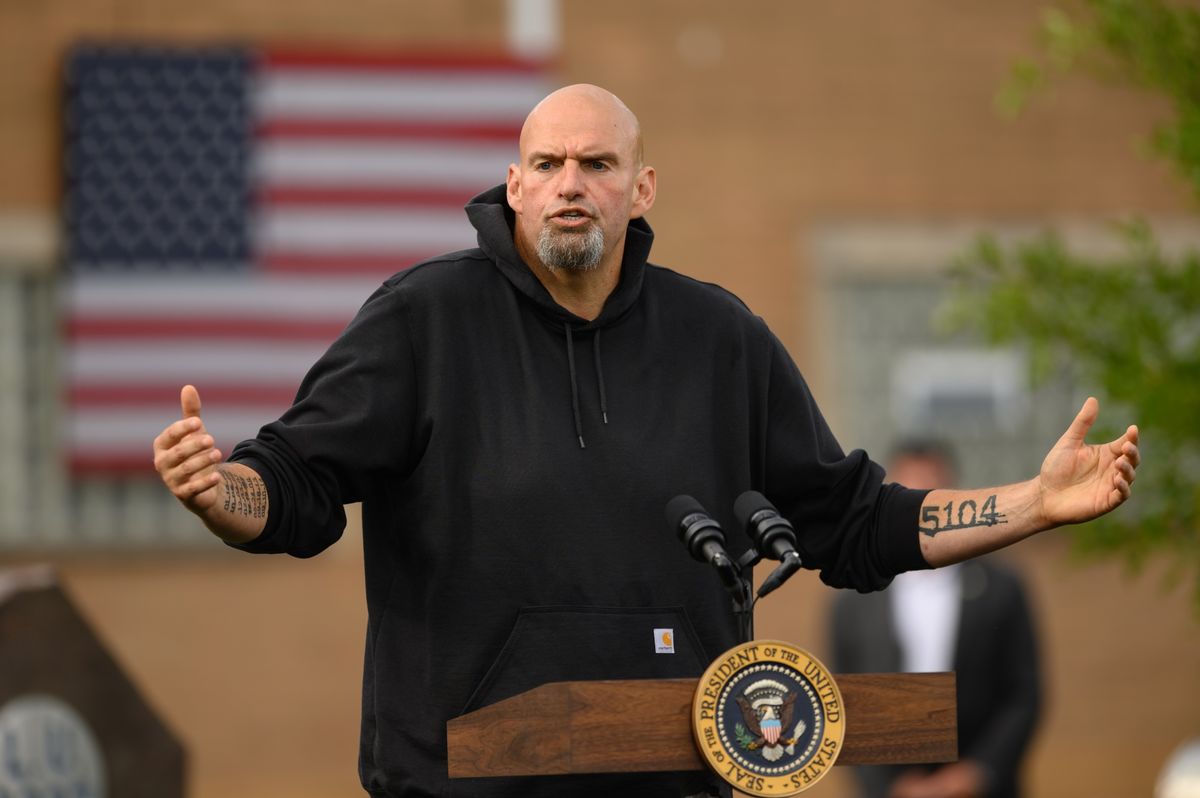 Fetterman’s health was brought to light during his only debate with Republican nominee Mehmet Oz last week. Fetterman frequently stutters or loses his train of thought.

Fetterman began his career as an insurance agent. Fetterman was the city of Braddock’s part-time mayor and full-time director of the city’s youth program. He also founded Braddock Redux, a non-profit organization that he used to acquire and save properties in Braddock.

Fetterman’s father helped financially subsidize Fetterman because he made only $150 per month through the position of mayor. In 2015, he received $54,000 from his father.

Fetterman emerged victorious in the Democratic primary for lieutenant governor on May 15 with 38% of the vote. Fetterman ran alongside incumbent Governor Tom Wolf on the Democratic ticket. Wolf along with Fetterman won against the Republican ticket of Scott Wagner and Jeff Bartos in the general election on November 6, 2018. 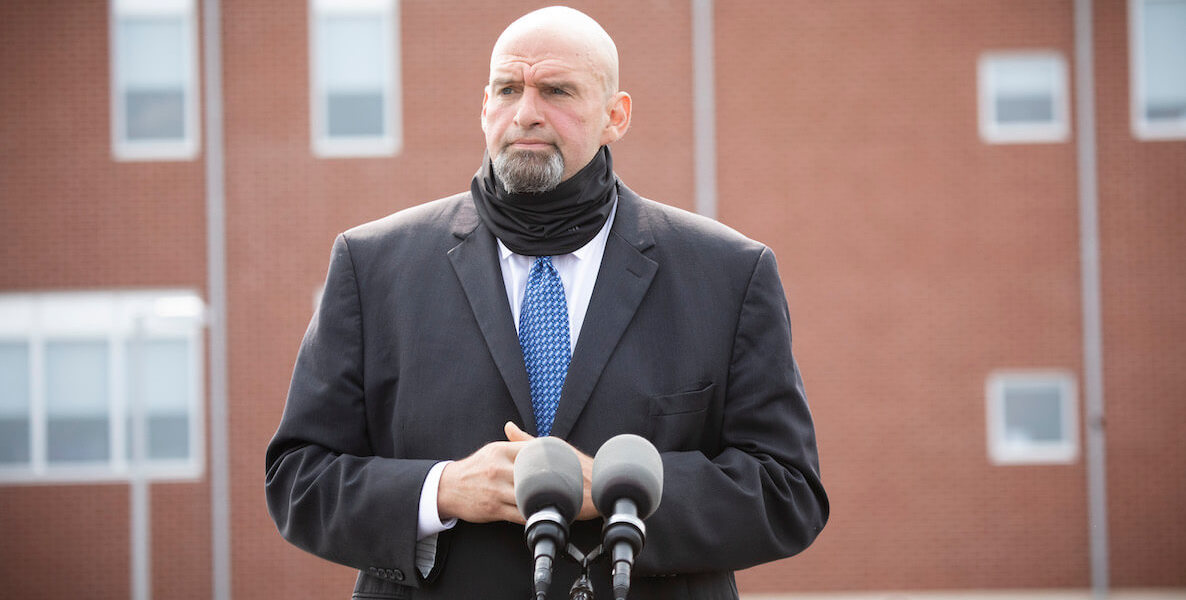 Fetterman announced in January 2021 that he would form an exploratory committee for the 2022 U.S. Senate election in Pennsylvania. Fetterman filed a statement of candidacy with the Federal Election Commission on February 4, 2021, declaring his intention to run for the Senate seat being vacated by retiring Senator Pat Toomey. He officially entered the U.S. Senate race on February 8, 2021.

Fetterman was born at Reading Hospital in West Reading, Pennsylvania in 1969. His parents’ names are Karl and Susan Fetterman, and at the time of his birth, they were both married and 19 years old. They eventually relocated to New York, Pennsylvania, where Fetterman grew up and his father went on to become a partner in an insurance firm. Fetterman grew up in a wealthy York suburb, the son of conservative Republicans.

Fetterman earned a bachelor’s degree in finance from Albright College, his father’s alma mater, in 1991, and a master’s degree in business administration (MBA) from the University of Connecticut in 1993. Fetterman worked as a risk management underwriter for Chubb in Pittsburgh for two years. While Fetterman was attending UConn, his best friend was killed in a car accident, which had a profound impact on his life and career. Following the death of his friend, Fetterman joined Big Brothers Big Sisters of America, where he was matched with an eight-year-old boy in New Haven, Connecticut, whose father had died of AIDS and whose mother was dying of the disease.

During his time as a Big Brother, Fetterman says he became “preoccupied with the concept of the random lottery of birth,” and he promised the boy’s mother that he would keep an eye out for her son after she was gone. In 1995, he joined the newly formed AmeriCorps and was assigned to teach GED students in Pittsburgh. He later went to Harvard Kennedy School at Harvard University, and graduated in 1999 with a Master’s degree in Public Policy.