Jim Jordan On Hunter Biden Texts: Joe Biden “Did have something to do with it” 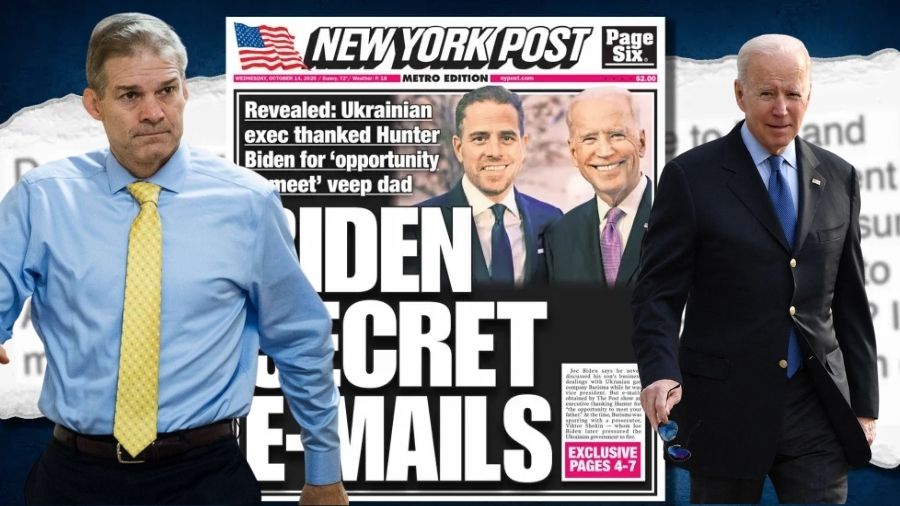 Jim Jordan On Hunter Biden Texts: Joe Biden “Did have something to do with it”

Ohio Republican Rep. Jim Jordan is sounding the alarm over new Hunter Biden text messages and what they might mean for President Joe Biden.

During an appearance on “Fox & Friends” on Tuesday, the Ohio Republican stated that he believes Biden was involved with his son Hunter Biden’s business dealings that are under federal investigation.

Text messages from Hunter’s laptop left at a Wilmington repair shop reveal alleged that he was using up to half of his salary to cover his father’s bills and other expenses, according to one statement he made to his daughter Naomi.

A transcript of the exchange on Fox News

JORDAN: “And maybe the worst of it all was what 51 former intelligence officials did. That — that letter they wrote where they said, this has all the earmarks of a Russian disinformation campaign, that letter became the basis for Big Tech and big media to suppress this story and keep it from we, the people, in the run-up to our most important election. That’s why we sent a letter to these 51 guys. We want to know who they were talking to, how they came to this conclusion, how hay put that letter together because that was the basis for the conspiracy that kept information from the voters right up before the presidential election.”

BARTIROMO: “Yeah, we’re showing your letter on screen right now, and we also have the ‘New York Post’ headline ‘Spies Who Like,’ with the faces of all of those. Right front and center are John Brennan and James Clapper on the cover of the ‘New York Post’ there, who lied and said that it was Russian disinformation. Let’s just be clear, Jim Jordan, these guys were key officials in the CIA and the other intelligence agencies. They would have known that this was not Russian disinformation when they signed their name, correct?”

JORDAN: “Maria, this is a great point. This is what makes this so wrong and so bad. This is no different than when Adam Schiff three years ago came forward and said, “oh, there is more than circumstantial evidence that President Trump colluded with Russia.’ We didn’t think that statement was accurate at the time, but when the chairman of the Intelligence Committee goes on TV and makes that statement, he gets briefings that the American people don’t get. Frankly, he gets a briefing that even I, as a member of Congress, don’t get. So when he says something like that, there’s added weight, the added emphasis put on that. Same thing with these 51 former intelligence officials. When they come out with the statement like, you are thinking, ‘wow, these are guys who were supposed to be in the know, they were in the government,’ SO there is added weight to that. But when they mislead us, that’s why we have got to get to the bottom of this because it happens more than once now and this is not supposed to be that way in our great country.

During an interview on Sunday, Jordan told Bartiromo that it “sure seems” as though Hunter Biden  I going to be indicted by federal officials though he said he could not say for certain.

“You mentioned those two stories from the Washington Post 10 days ago,” the Ohio Republican told host Maria Bartiromo on Fox News. “I understand they were four minutes apart. One was at 11:00. One was at 11:04. So two eight-page-long stories four minutes apart from the news organization that said 18 months ago there was no story here, this was Russian disinformation.”