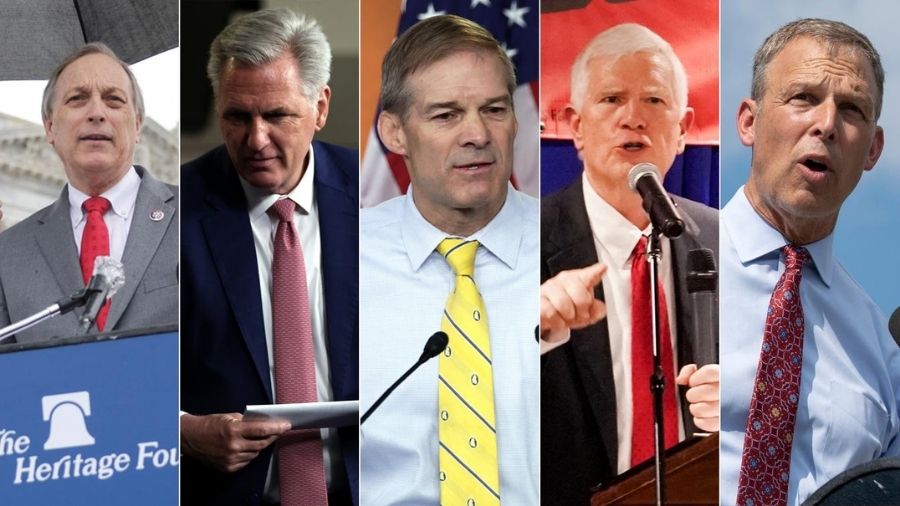 The Jan 6 select committee that has been investigating the violent riot by supporters of Donald Trump at the US Capitol Hill in January this year, has subpoenaed five House Republicans on Thursday, including Minority leader Kevin McCarthy.

The subpoenas target some of the closest aides of former president Donald Trump in the House, several of whom were part of the innumerable meetings and planning sessions held by Trump while he was trying to overturn the 2020 election results. This move indicates that the committee is attempting to escalate its tactics after months of deliberation about how aggressively to pursue testimony from their own colleagues.

“They just want to go after their political opponents,” says McCarthy

Republican Minority leader Kevin McCarthy has indicated that he might not comply with the subpoena, saying that it is only a tactic to “go after their political opponents”, adding that he hasn’t even seen the subpoena.

“My view on the committee has not changed,” said McCarthy, adding,  “They’re not conducting a legitimate investigation. It seems as though they just want to go after their political opponents.”

Along with McCarthy, the select committee has sent subpoenas to founding members of the pro-Trump House Freedom Caucus Rep. Jim Jordan from Ohio, Reps. Scott Perry (R-Pa.), Andy Biggs (R-Ariz.) and Mo Brooks (R-Ala.). All five of them have rejected the committee’s previous requests to testify voluntarily. The investigators have now demanded that the five summoned lawmakers testify in the final week of May.

The Jan 6 Committee is keen on getting more information from McCarthy about a phone call he had with Trump on Jan 6. Based on accounts provided by another Republican lawmaker, it is alleged that the former president and Kevin McCarthy engaged in a heated argument over the phone on the day the riot took place. The conversation grew more heated as the rioters gathered around Capitol Hill, with Trump attempting to pin the blame for the violence on McCarthy. As stated by the lawmaker, When Kevin McCarthy said that the riot was made up of Trump supporters, the ex-president purportedly replied, “Well, Kevin, I guess these people are more upset about the election than you are.”

The subpoena also comes after The New York Times obtained leaked audio in which McCarthy was harshly critical of Trump in the days following the Jan. 6 attack on the Capitol, even suggesting to colleagues that Trump resign. McCarthy abruptly reversed course in the weeks that followed, meeting with Trump in Mar-a-Lago and embracing Trump’s continued hold on the Republican Party.

Alabama Senate candidate Mo Brooks said in a lengthy statement that he has not yet decided on whether he plans to comply, revealing that he too, has not seen the subpoena. Brooks added that “if the partisan Witch Hunt Committee wants my observations of events, all it has to do is read or listen to my numerous prior statements.”

Trump recently attacked Brooks, who was one of Trump’s first and closest allies in the effort to prevent Joe Biden from becoming President. Trump withdrew his endorsement for Brooks in Alabama’s contested Senate GOP primary after polls showed that he was losing ground. Shortly after their spat, Brooks claimed that Trump had pressured him in recent months to “rescind” the 2020 election and reinstate Trump as president. “I’ve told President Trump the truth knowing full well that it might cause President Trump to rescind his endorsement. But I took a sworn oath to defend and protect the U.S. Constitution. I honour my oath,” Brooks responded to the endorsement withdrawal.