Is TMTG+ the new Trump Tv? 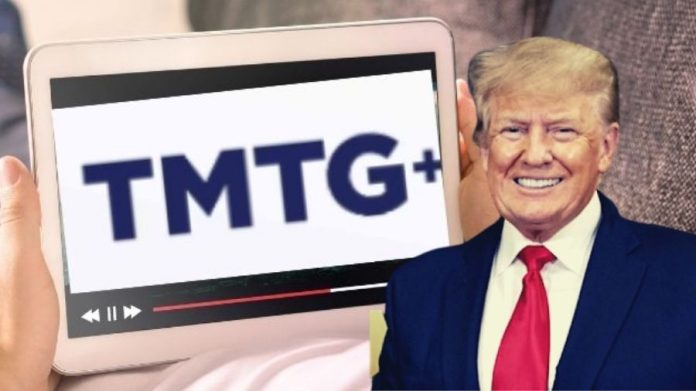 Back in 2016, former President Donald Trump was seriously considering launching a TV network of his own carrying the name Trump TV. It was considered the first stepping stone in building a media empire of his own. But since Donald Trump assumed office, Trump TV took a backseat. After his tenure, the former President has reshifted his focus on building the media empire back again, with the launch of a Twitter alternative, Truth Social in February this year. And now, the Trump Media and Technology Group is working on launching a new streaming service to compete with the likes of Netflix and Disney+.

“Home for a wide variety of non-scripted, scripted, and original content”

The Trump Media and Technology Group plans to offer “non-woke” entertainment through TMTG+, a new competitor to Netflix, Disney+, and Hulu, according to the company overview. The company announced two job openings for TMTG+ on Wednesday, promising that the streaming service will “be the home for a wide variety of non-scripted, scripted, and original content.”

According to the job postings, “Trump Media & Technology Group’s Streaming Video On Demand service will be a ‘Big Tent’ platform offering broad-based entertainment rooted in free speech.” “In addition to the Truth Social Social Media platform, our SVOD platform TMTG+ will house a diverse range of non-scripted, scripted, and original content.” The advertisement, however, implies that TMTG+ could feature anything from scripted dramas, series, and sitcoms to non-scripted talk shows, news programming, “documentaries,” and even a return to Apprentice-style reality TV.

TMTG is currently seeking a content development manager to oversee the creation of original and unscripted content, as well as a content acquisition professional to oversee the licensing of content for the streaming service. The selected candidates will be required to “generate and develop internal concepts for original unscripted content, short-form series episodes and specials,” remain “current on developing trends at networks,” and “stay aware of emerging talent and upcoming non-scripted programming” for the platform.

Truth Social is a brand new social media platform launched in February of this year by Trump Media & Technology Group, the former US President Donald Trump’s technology firm (TMTG). The app was created in response to a ban on the former president imposed by Big Tech platforms such as Facebook, Twitter, and Youtube in January 2022, following Trump supporters’ attack on the Capitol building. The Truth Social platform, according to Trump, aims to promote free speech and a “cancel cancel-culture.” “Truth Social is America’s “Big Tent” social media platform, encouraging open, free, and honest global dialogue regardless of political ideology.” -describes the official website of Truth Social.

According to reports, prior to the transaction between Elon Musk and Twitter, Truth Social was ranked 52nd on the chart, while Twitter was ranked 39th at the time. From April 18 to April 25, downloads of former President Donald Trump’s Truth Social increased by 150 per cent, reaching 75,000 downloads for the week. Since its release in February of this year, Trump’s Truth Social has been downloaded nearly 1.4 million times.

Is TMTG+ a rebranded version of Trump Tv?

TMGT+ is alleged as the upgraded version of Donald Trump’s idea of creating his own TV network. Since streaming services are all in right now, TMGT+ sounds like a good idea. Since there are no mainstream ‘no-woke’ streaming platforms on the market, TMGT+ has a great chance of working. Of course, the success of the streaming platform will depend on more than just the former president’s name. Factors like the price point, rollout, technology, kind of content, etc are crucial to get this idea on its feet.