Thompson, in many ways, is the ultimate political insider with more than 55 years in public life, most recently serving as University of Wisconsin president. This job won him bipartisan praise.

Kleefisch was the first Republican to announce a bid to challenge Democratic Gov. Tony Evers when she announced her candidacy in September 2021.

In addition to Walker and influential lawmakers like Assembly Speaker Robin Vos and R-Rochester, she’s achieved endorsements from many influential conservative organizations like Wisconsin Manufacturers and Commerce, ABC Wisconsin, and the Tavern League of Wisconsin.

Tim Michels is giving a tight face-off to Kleefisch

Thompson’s endorsement was the latest in a series of positive signs for Tim Michels and warning signs for Kleefisch.

Thompson’s belief in his endorsements

Thompson said in a statement that he has known the Michels family for decades and believes Tim Michels has the experience to solve challenging problems. 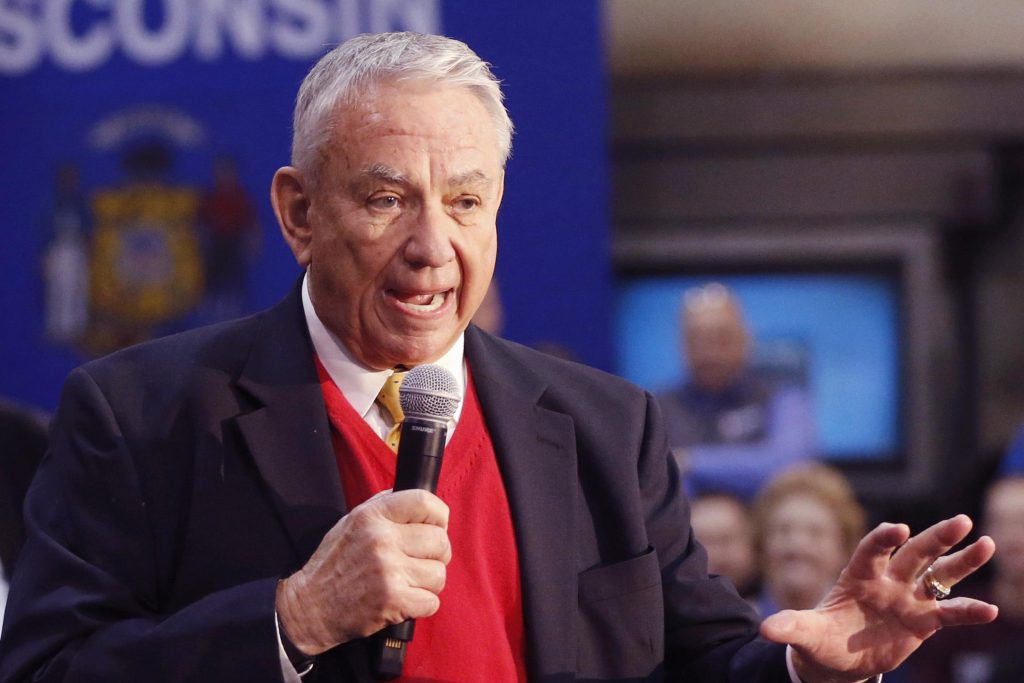 The Michels families were the founder and operator of Michels Corp., a Wisconsin-based construction company.

Tim Michels said in a statement that he was happy the governor who reformed welfare and developed the first school choice program in America is now on his team.

What was the scene soon after Michels revealed his Thompson endorsement?

Immediately after Tim Michels revealed the Thompson endorsement, former Lt. Gov. Rebecca Kleefisch announced that 50 Republican members of the Legislature were supporting her. Republicans hold a substantial majority in the Senate and Assembly but have been stymied by Democratic Gov. Tony Evers and his veto.

According to a Marquette University Law School poll, 32% of Republican voters surveyed said they would support Kleefisch in the primary race. That put her more than 20 points ahead of former U.S. Senate candidate Kevin Nicholson and 26 points ahead of state Rep. Tim Ramthun, R-Campbellsport.

While the endorsements of two of the biggest names in state GOP politics will likely back Michels’ bid, University of Wisconsin-La Crosse political science professor Anthony Chergosky said they present a bit of a paradox.

Chergosky admitted that Thompson’s endorsement of Michels wasn’t a surprise and didn’t carry the same weight as the nod from Trump. But he said Thompson’s backing might help the executive in conservative, suburban parts of Wisconsin, which shied away from Trump in the elections 2016 and 2020

Chergosky said that That is Tommy Thompson country —those suburban areas, those areas of the state where there were doubts and concerns about Donald Trump.

As the Republican gubernatorial primary has strengthened, Kleefisch and Michels have begun lobbying more direct attacks on each other.

Kleefisch has accused Tim Michels and his family’s business of supporting increases to Wisconsin’s gas tax. The same day of Thompson’s endorsement, the Kleefisch campaign accused Tim Michels of giving his employees a day off to protest “right-to-work” legislation, which prohibited mandatory union due collections at private employers.

Chergosky said that he expects the candidates to go after one another more directly and with greater intensity, giving voters a real sense of the stakes going into this August primary.

The Republican gubernatorial primary election is on August 9. The victor will go up against Democratic first-term Gov. Tony Evers in the November 8 general election.