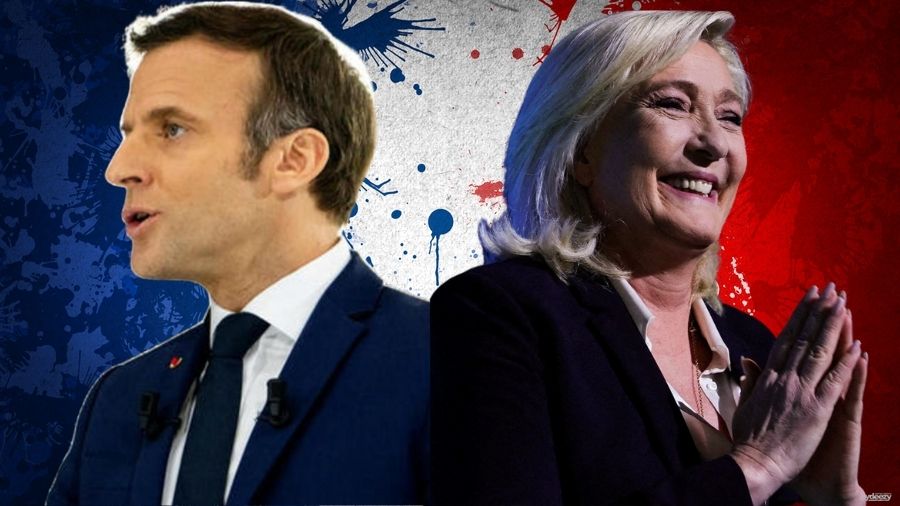 Following a tense television head-to-head discussion that he was perceived to have won, French President Emmanuel Macron has maintained and probably slightly strengthened his advantage against far-right rival Marine Le Pen, according to surveys released on Thursday.

With only one day until the election run-off on Sunday, the two were back on the campaign trail — Macron in a Paris suburb with a strong left-wing vote, and Le Pen in the north of the country, where she has a devoted following.

“Why wait for Macron to step down when, by using your vote, you can fire him?” Le Pen told a rally in the town of Arras in which she urged a “silent majority” opposed to Macron not to facilitate his victory by abstaining. 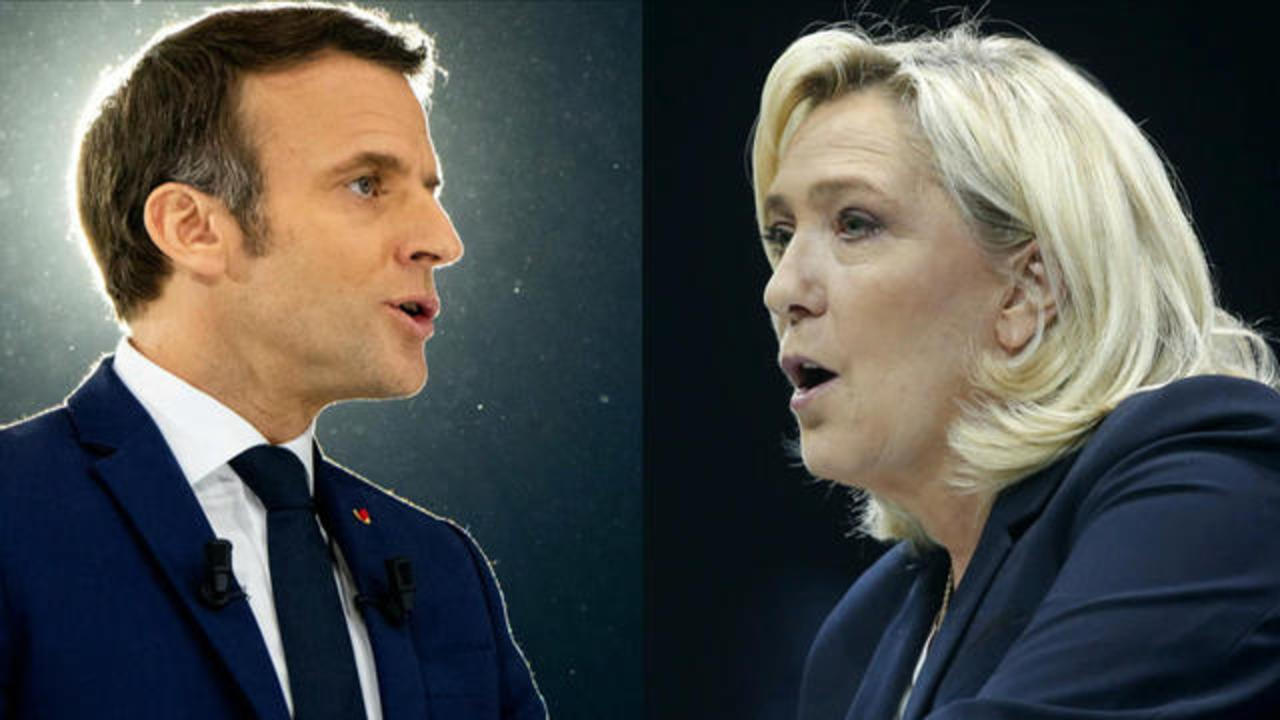 The incumbent appeared to be gaining ground in recent polls: Macron’s score in three distinct surveys, all of which included replies received on Thursday after the TV discussion, was either stable or slightly climbing, ranging from 55.5 percent to 57.5 percent. However, they estimate that turnout will be between 72 and 74 percent, the lowest for a presidential run-off since 1969.

A separate Elabe poll for BFM TV found that viewers of Wednesday’s televised debate between the two final contenders thought Macron was prone to periods of high-handedness with Le Pen, but also found him more convincing and fit to be president. The study found that Le Pen, who concentrated on expressing empathy for those who she said had “suffered” since Macron’s victory in 2017, was marginally more in step with voters’ worries, but her far-right ideas were still seen as far more concerning. 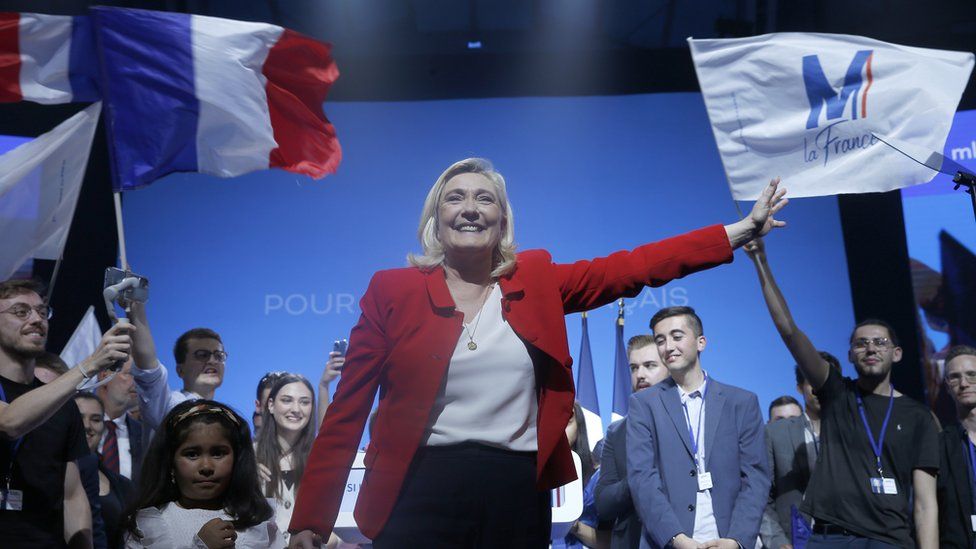 “Did she give the impression she is ready to govern?” Le Parisien said in an editorial on Thursday. “Judging by the debate, she did not dispel that doubt.”

Other observers cautioned that the debate should be taken with a grain of salt because just 15.5 million people watched it, the smallest audience for such an event ever recorded.

Macron, a centrist and former merchant banker, is an ardent supporter of the European Union and the type of internationalism that has suffered defeats in recent years as a result of events such as Brexit and Donald Trump’s election as US president.

According to Le Pen, he represents an elitism that has failed common people. Her objectives include prohibiting Muslim women from wearing headscarves in public, prioritising French citizens for jobs and benefits, and curtailing Europe’s cross-border travel laws. 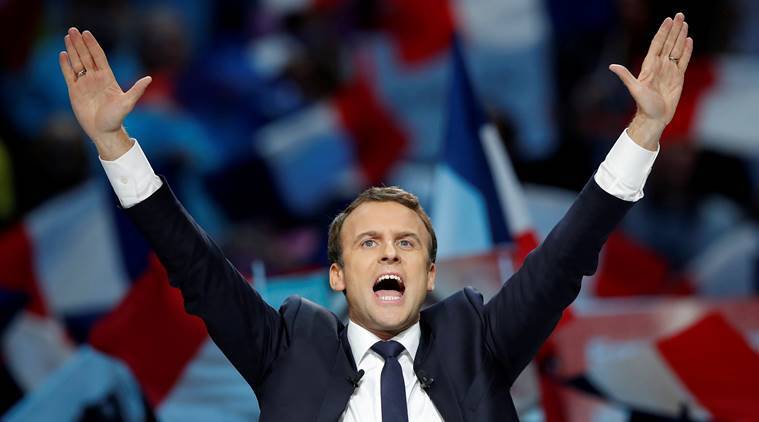 Macron used a photo opportunity at a boxing gym in the Paris district of Seine-Saint-Denis on Thursday to attract new supporters: a major aim for both candidates, as Seine-Saint-Denis voted massively for hard-left candidate Jean-Luc Melenchon in the first round. “Things aren’t changing fast enough,” he said to a crowd of people, promising to invest more resources in housing, security, education, and job prospects for the impoverished.

It’s unknown whether the final day of campaigning will affect the outcome of the election.

Macron has a lead over Le Pen, but the margin is smaller than last time – Polls

Macron’s lead in surveys has shrunk since he defeated Le Pen with 66.1 percent of the vote five years ago.

Following the debate on Thursday, investors’ demand for French bonds over their German counterparts remained essentially steady, indicating that they are optimistic about Sunday’s vote.

Whoever wins on Sunday will have done so only after a bruising campaign, which might spell doom for their chances of gaining a legislative majority in June and enacting changes.

If Macron wins, he could face a challenging second term, with voters of all shades likely to protest his promise to keep his pro-business measures in place. If Le Pen wins, France’s internal and international policy are likely to shift dramatically, and violent protests could begin immediately.