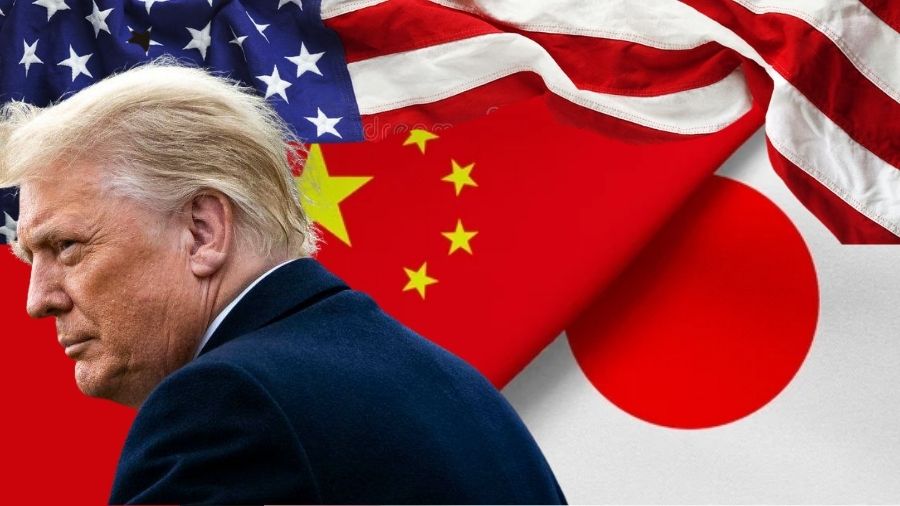 Trump has spoken to the two leaders regarding the North Korea issue before. The U.S. noted that it views North Korea as a “growing threat.” The White House noted Trump “looked forward” to meeting with both Xi and Abe at the G-20 summit that is to be held in Germany starting Friday.

Recently U.S. National Economic Council Chairman Gary Cohn said that China has set in place many predatory rules regarding the economic relationships between the countries. It also looks as if China is accusing America of “serious political and military provocation” because as per China’s claims, an American destroyer sailed too close to an island in the South China Sea.

Trump also focused on North Korea in his call with Japanese Prime Minister Shinzo Abe. “The two leaders exchanged views on the growing threat from North Korea, including their unity with respect to increasing pressure on the regime,”  said a White House statement.

Overview of the Situation

Donald Trump spoke to the leaders of China and Japan about North Korea. Trump expressed his concerns on how North Korea is a ‘growing threat’ to America.  All three leaders agree and are of the opinion that North Korea is a threat. The proposition of a  “denuclearized Korean Peninsula” is also being considered. The leaders spoke about North Korea’s nuclear and ballistic missile programs and how China, America and Japan should come together to put a stop to this. Trump looks forward to meeting Shinzo Abe and Xi Jinping at the upcoming G-20 summit in Germany.

After graduating from the Wharton School with a bachelor’s degree he became the President of his father’s real estate company and renamed it The Trump Organization. He diversified the business by entering the construction industry, he also had many side ventures.

Trump served as the President till he lost the 2020 presidential elections to Democrat Nominee Joe Biden. Former President Donald Trump’s political agendas have been described by the Left as populist, protectionist, isolationist and nationalist. He first started his political career when he tried running for the California and Michigan primaries but later dropped out. Donald Trump even considered running for the presidency in 2011 against then-President Barack Obama but later announced that he won’t contest in the elections that year but later ran in the 2016 elections and won.

Shinzo Abe, born on 21st September 1954, is a former Japanese politician who served as Prime Minister of Japan and President of the Liberal Democratic Party from 2006 to 2007 and again from 2012 to 2020. He is the longest-serving prime minister in Japanese history.

Abe also served as Chief Cabinet Secretary from 2005 to 2006 under Junichiro Koizumi. Abe was elected to the House of Representatives in the 1993 election. He was appointed Chief Cabinet Secretary by Prime Minister Junichiro Koizumi in September 2005, before replacing him as prime minister and LDP president in September 2006. Abe resigned as the Prime Minister of Japan after only one year in office due to medical complications, though after he recovered he made an unexpected political comeback.

Abe studied public administration and graduated with a bachelor’s degree in political science from Seikei University in 1977. He later moved to the United States and studied public policy at the University of Southern California’s School of Policy, Planning and Development (then the USC Price School of Public Policy) for three semesters.

After studying chemical engineering at Tsinghua University as a “Worker-Peasant-Soldier student”, Xi rose through the ranks politically in China’s coastal provinces. Xi was governor of Fujian from 1999 to 2002, before becoming Governor and Party Secretary of neighbouring Zhejiang from 2002 to 2007. Xi was transferred to replace Party Secretary of Shanghai, Chen Liangyu, for a brief period in 2007.

In 2008, he was designated as Hu Jintao’s presumed successor as the paramount leader; to that end, Xi was appointed Vice President of the PRC and Vice Chairman of the CMC. He officially received the title of “Leadership core” from the CCP in 2016. Xi has also been a member of the PSC since 2007.

In 2018, he abolished presidential term limits. Since assuming power, Xi has introduced far-ranging measures to enforce party discipline and impose internal unity. Xi has often been described as a dictator or an authoritarian leader by political and academic observers.

Xi’s political thoughts have been incorporated into the party and national constitution. As the central figure of the fifth generation of leadership of the PRC, Xi has significantly centralised institutional power by taking on a wide range of leadership positions, including chairing the newly formed National Security Commission, as well as new steering committees on economic and social reforms, military restructuring and modernization, and the Internet.