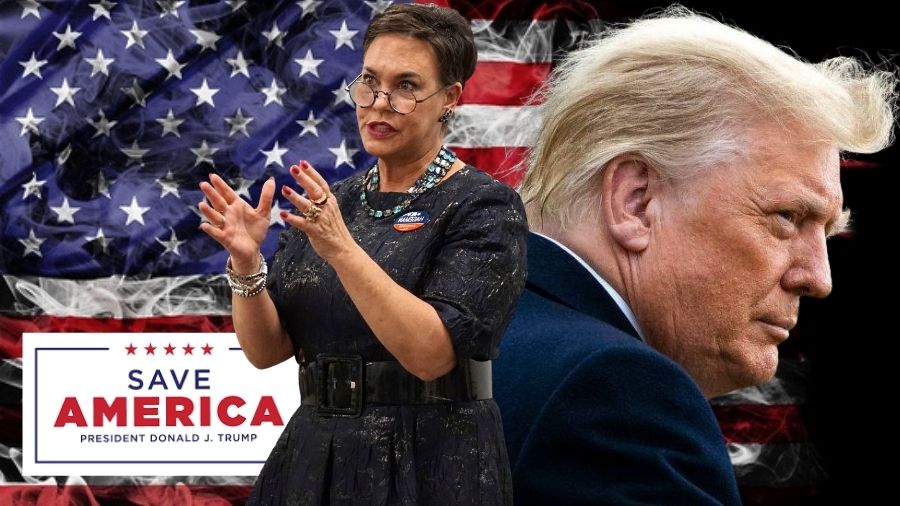 Thousands of people made their way from all across Wyoming and surrounding states to attend Donald Trump’s first rally in the Cowboy State. Though the rally didn’t begin until 11:00 the parking lots and the crowds started gathering by 8:00 itself; all excited to see Trump’s first appearance in Casper. The rally saw nearly 10,000 people who came in support of Trump. This rally gave a boost to Republican Harriet Hageman, who is challenging Liz Cheney for her congressional seat. Trump brutally criticized Liz Cheney and even went on to call her “crazy.”

After all the guest speakers had had their word, Harriet herself addressed the crowds. Harriet spoke about all the changes she would like to bring about if she was elected to the Wyoming Congressional seat. She even spoke about how fed up she was with how the great country of America was being run. “I have driven over 23,000 miles around Wyoming since I announced that I was running for congress and there has been one overriding theme that I have heard over, and over, and over again and that is we’re fed up,” said Harriet in her speech.

Once Harriet finished her speech former president Donald Trump addressed the crowds. When Trump took the stage the crowd went wild. Trump not only spoke about endorsing Harriet Hageman but spoke about the recent events that have taken place not only in America but also in other places of the world like the Texas Robb elementary school shootout and even the ongoing Russia – Ukraine War.

“Russia now has a different tactic, they stay way far away and they just keep lobbing missiles, and missiles, and missiles into these cities and these poor people that are being decimated and you’re going to end up with nothing. That whole country is being obliterated and you’ll end up with millions of lives, and you may end up with a third World War by the way,” Mr Trump said. Trump also spoke about how he will do everything he can to protect the rights of the citizens of America by protecting the Second Amendment. The rally ended at about 6:30 with a reminder that preliminary voting begins on the 16th of August.

About Trump’s Save America rally in Casper

Former President Donald Trump visited Casper to hold a Save America Rally. This rally was the first-ever political appearance of the former president in Casper, Wyoming. It is considered to be the state’s biggest political event to date. Trump is very popular in Wyoming. In the 2016 and 2020 elections, he enjoyed larger margins of support in Wyoming than in any other state. Casper will host high school graduations, a soccer tournament and a classic car show during the holiday weekend. Many of the most influential people of America spoke at Trump’s Save America rally that was held in Casper.