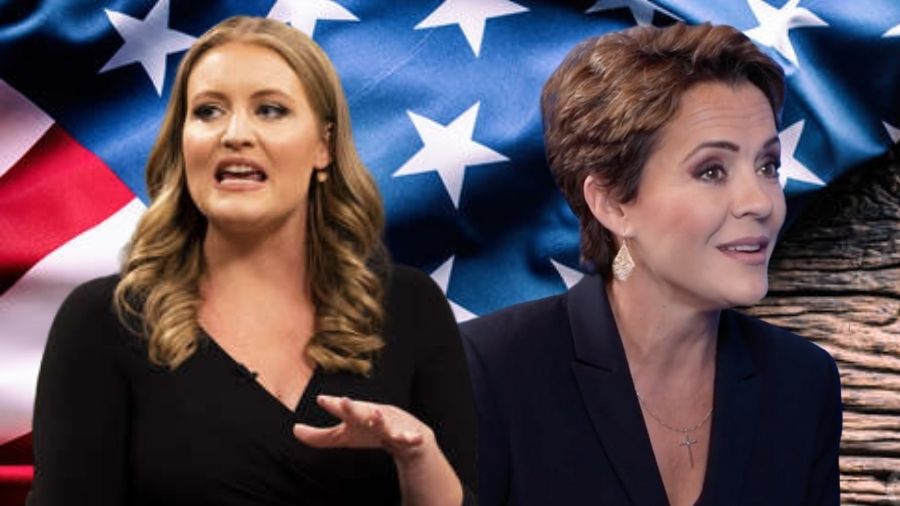 Former senior legal advisor and personal counsel to President Donald Trump Jenna Ellis, hosted an interview with Arizona’s front-running Republican gubernatorial candidate, Kari Lake which has recently been taken down by YouTube on the grounds of ‘misinformation’.

“Content that advances the false claims that widespread fraud, errors, or glitches changed the outcome of the U.S. 2020 presidential election is not allowed on YouTube,” -stated an email sent to Ellis by YouTube on May 20, which contained no further elaboration.

“Even more censorship before November” according to Jenna Ellis

Donald Trump’s former legal advisor says that even more censorship can be expected before the elections in November and that the video taken down is just another interference targeted at the November elections, and finally the big run in 2024.

“It’s election interference,” said Ellis, adding, “All of this the timing, of course, is directed toward November, and ultimately 2024.” “And so for candidates like Kari Lake that refuse to be silenced on election integrity issues and things that are very concerning to conservatives, I think we’re going to see even more censorship before November,” Ellis further stated.

In response to her interview being taken down by YouTube, Kari Lake said in a statement, “The Political Swamp colludes with the Corrupt Tech Tyrants and the Propagandists in the Mainstream Media to silence any and all truth about our elections.”

In the interview with Ellis, Kari Lake talked about some of the problems she saw in the current electoral system and called on lawmakers to invoke change. “Have we learned nothing in the last two years?” Lake said during the interview.

“We know we have learned a lot: we learned that our elections are corrupt, that they found a way to cheat at every single level, and we haven’t corrected that.” -she said adding that the evidence provided by conservative filmmaker Dinesh D’Souza’s new documentary titled 2000 Mules combined with the investigation by Tru the Vote and the Arizona forensic audit provide “pure evidence that’s admissible in a court of law”.

Lake also said that lawmakers who have failed to address the challenges of election integrity “should be voted out of office.” “One day all Americans will know the truth— that our elections were corrupt and stolen. They can try, but there’s nothing they can do to stop that,” Lake said.

Several lawmakers including Jenna Ellis have been highly critical of big tech platforms attempting to silence the voices of conservatives. “While the First Amendment specifically prohibits government restraint of speech and the press, our founders certainly didn’t intend to create a society where censorship could be achieved by tech oligarchs either,” Ellis said in a statement.

“Even if the censorship from YouTube and other platforms is not technically a violation of the constitution, it still goes against the fundamentally American value of protecting free speech for all.” -she added. And that is the reason why, says Ellis, “President Trump wanted to re-contemplate Section 230 (among other things) to disincentivize censorship and promote free speech.”

Section 230 of the Communication Decency Act of 2003 is intended to protect online freedom of expression by ensuring that online intermediaries, such as Google, are not held liable for what their users say or do.

The Department of Justice proposed changing Section 230 in 2020 to “[incentivize] online platforms to be responsible actors” during the Trump administration. It claimed that technological advancements and changes in the law over the last 25 years have given online platforms “virtually unfettered discretion to censor third-party content with little transparency or accountability.”

Former President Donald Trump called the provision a “liability shielding gift” from Congress to big tech firms and a “serious threat to our National Security and Election Integrity” in a December social media post.

Ellis also said that the prospect of Elon Musk acquiring Twitter would be “a huge and substantial move to ensure free speech” by the private sector.

Tesla CEO and SpaceX founder Elon Musk have recently confirmed that he will lift the lifelong ban on former President Donald Trump’s account on Twitter. Musk revealed his decision at a Financial Times Future of the Car Summit. He plans to do so after he acquires full ownership of the Bluebird company in a few months.

Musk said that Twitter’s decision to ban the former president from using the site was a “morally bad decision” and “foolish in the extreme”.

“The point that I’m trying to make that is probably not getting across is that banning Trump from Twitter didn’t end Trump’s voice. It will amplify it among the right. And this is why it was morally wrong and flat-out stupid,” Musk said.