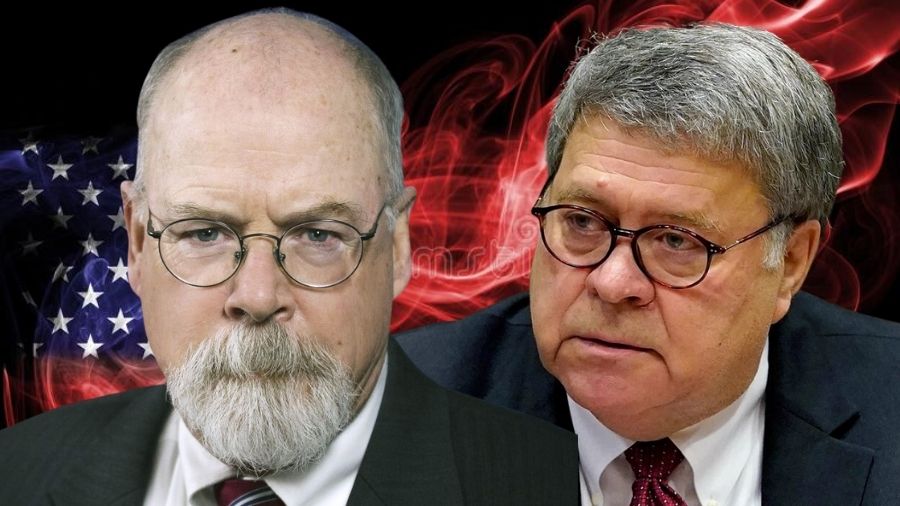 Former Attorney General William Barr said that even though Durham didn’t win the case, he is very proud of all the evidence Durham brought forward. Barr praises the way Durham dug up evidence of the extent of the scandal regarding Hillary Clinton’s 2016 presidential campaign and her allies trying to rope Trump into the quagmire. “I’m very proud of John Durham. And I do take responsibility for his appointment. I think he and his team did an exceptionally able job both digging out very important facts and presenting a compelling case to the jury,” said Barr.

Sussmann was charged with lying to the FBI when he presented internet data that suggested a now-discredited link between Trump and Russia’s Alfa-Bank. Sussmann was charged with concealing how far Hillary Clinton went to try to make Trump lose. Sussmann denied the allegations and pleaded not guilty. Barr appointed Durham to carry out the Russia investigation and promoted him to the special counsel. Barr couldn’t stop praising Durham’s work.

“First, I think he crystallized the central role played by the Hillary campaign and launching as a dirty trick the whole Russiagate collusion narrative and fanning the flames of it. And, second, I think he exposed really dreadful behaviour by the supervisors in the FBI, the senior ranks of the FBI, who knowingly used this information to start an investigation of Trump and then duped their own agents by lying to them and refusing to tell them what the real source of that information was. And that was appalling,” said Barr.

John Henry Durham is an American lawyer who served as the United States Attorney for the District of Connecticut from 2018 to 2021. In 2019, Durham was assigned the task of investigating the origins of the Federal Bureau of Investigation (FBI). Before this, Durham served as an assistant U.S. attorney in D.C for 35 years. Durham is famous for the role he played as a special prosecutor in the 2005 destruction of interrogation tapes created by the Central Intelligence Agency (CIA), during which he decided not to file any criminal charges related to the destruction of tapes of torture at a CIA facility.

In 2019, Durham was appointed by Barr to look into the origins of the Trump-Russia investigation and to determine if intelligence collection involving the Trump campaign was “lawful and appropriate.” Durham was later promoted to the special counsel, meaning he could carry his investigation on Trump even after his administration ended. Sussmann’s case is one of the rare cases that Durham lost. At the beginning of his career, Durham did a lot of volunteer work. After that, he became a state prosecutor in Connecticut.

Michael A. Sussmann, born in 1964, is an American former federal prosecutor and a former partner at the law firm Perkins Coie, who focused on privacy and cybersecurity law. Sussmann is the representative for the Democratic National Committee (DNC) and retained CrowdStrike to examine its servers after two Russian hackers entered the DNC Network and stole information during the 2016 presidential elections. It was then that the Trump administration hired John Durham to investigate the links between Trump’s associates and Russian officials.

Sussmann started his career when he began working for Proskauer Rose. After that, he worked at the U.S. Justice Department for 12 years as a prosecutor. Sussamann specialized in computer crimes. Later, Durham accused Sussmann of having lied to the FBI and filed a case against him.

After Durham was appointed by the Trump organization,  Durham spent three years on the investigation and, in 2021, brought a single charge of making false statements against Sussmann, accusing him of having lied to the FBI in one meeting in 2016. Durham alleged Sussmann was actually representing a U.S. Technology Industry Executive, a U.S. Internet Company and the Hillary Clinton Presidential Campaign.

Sussmann’s attorneys have denied he was representing the Clinton campaign. Sussmann, a former federal prosecutor, characterized the allegations against him as politically motivated and pleaded not guilty the day after his indictment. Durham had records showing Sussmann had billed the Clinton campaign for certain hours he spent working on the Alfa-Bank matter. Though Sussamann was acquitted in 2022.