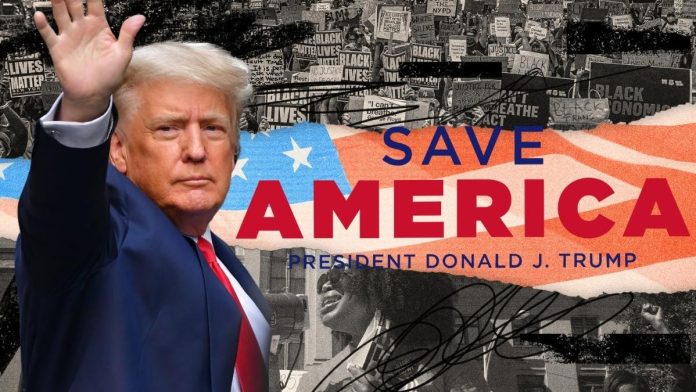 Former President Donald Trump will host another one of his Save America rallies, this time in Wilkes-Barre, Pennsylvania. The former president will speak in support of Republican candidates Mehmet Oz and state Sen. Doug Mastriano ahead of their crucial midterm elections in November.

Save America rally in support of Dr. Oz will be held at Mohegan Sun Arena

President Trump’s rally will be held at Mohegan Sun Arena. The rally comes just over two months before Election Day, in a race in which both Oz, the Republican Senate nominee, and Mastriano, the Republican gubernatorial nominee, trail their Democratic opponents in polling and fund-raising.

Mr. Trump announced the rally in an email from his Save America PAC while Mastriano was in Pittsburgh for an event with Florida Gov. Ron DeSantis. “Please join us for a Save America Rally in Scranton/Wilkes-Barre, PA! Entertainment and Concessions will be available throughout the day,” read the official announcement. The speeches at the Trump rally will start at 4 p.m., with the former president scheduled to speak at 7 p.m.

On Friday, Donald Trump‘s Save America PAC announced the rally as one for “the entire Pennsylvania Trump Ticket.” Jim Bognet, a Republican congressional candidate running in a rematch against U.S. Rep. Matt Cartwright, is also expected to attend.

Mehmet Oz, who trails Democrat Lt. Gov. John Fetterman in recent polls by five to ten points, also trails him in fund-raising. Last quarter, the Democratic candidate raised about $11 million. Oz raised only $3.8 million, including $2 million for his campaign.

Wilkes-Barre is located in Luzerne County, which shifted from supporting Democrat Barack Obama in 2012 to supporting Trump in the 2016 election against Hillary Clinton. Luzerne narrowly voted for Trump again in 2020. Northeastern Pennsylvania is regarded as one of the swing state’s most critical regions.

Last week on Monday, Dr. Oz’s Democratic opponent, John Fetterman, resurfaced a video of Oz shopping for “crudité” and complaining about inflation in a “Wegners” — a mash-up of the Redner’s and Wegmans grocery store chains. “In Pennsylvania, we call this a veggie tray,” says Fetterman. The doctor’s campaign responded in an exclusive statement that read, “If John Fetterman had ever eaten a vegetable in his life, then maybe he wouldn’t have had a major stroke and wouldn’t be in the position of having to lie about it constantly.”

John Fetterman, the 53-year-old lieutenant governor, stands 6 feet 8 inches tall and once weighed more than 400 pounds. According to reports, he “changed the way he ate, cutting out grains and sugar… started walking more and dropped about 10 to 12lbs a month,” eventually dropping to 270 pounds. Fetterman had a stroke in May and only recently returned to the trail. He has acknowledged difficulties in regaining his health, telling a major news outlet this month that he is “getting better and better everyday.”

“I’ll miss a word sometimes, or I might mush two words together sometimes in a conversation, but that’s really the only issue, and it’s getting better and better every day,” said Fetterman.

The veggie wars are the latest development in the Oz-Fetterman race, which has gotten a lot of attention. The race is not only expected to be close, but it also has the potential to tip the balance in Washington.