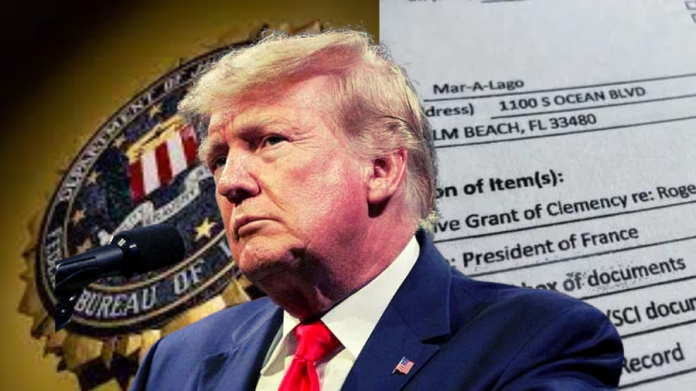 Former President Donald Trump has demanded that the documents seized by the FBI from his private estate in Florida last week during the FBI raid, be returned.

The Federal Bureau of Investigation last week seized eleven boxes of confidential documents from former US president Donald Trump’s Mar-a-Lago estate in Florida. Records concerning top secret national security matters were among those seized by the FBI, according to a legal document, a search warrant unsealed on Friday. Some of these documents dealt with nuclear weapons.

In a post from his Truth Social media account on Sunday, the former president wrote, “By copy of this Truth, I respectfully request that these documents be immediately returned to the location from which they were taken. Thank you!” 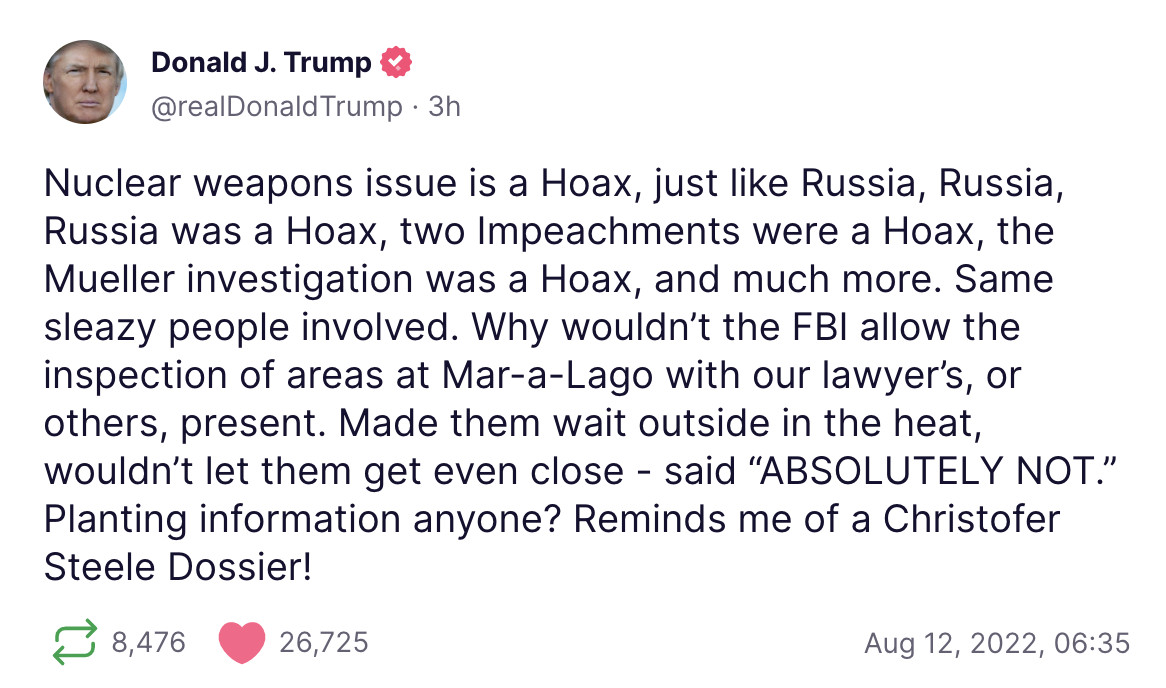 The 45th president has claimed that the nuclear weapons report is a “hoax” and said that while in office, he had the authority to declassify top secret records. There is no evidence that he did declassify the records in question.

According to a major news outlet which cited anonymous sources, the FBI took boxes “containing records covered by attorney-client privilege and potentially executive privilege” while executing the search at Mar-a-Lago last week on Monday. According to the news outlet, anonymous sources claim that the Justice Department denied Trump’s lawyers’ request to have such records reviewed by an independent third party. Trump’s post on his Truth Social platform, which he launched after being kicked off Twitter in the aftermath of the Capitol attack, appeared to be in response to the Fox News report.

The former president’s post further read, “Oh great! It has just been learned that the FBI, in its now famous raid of Mar-a-Lago, took boxes of privileged ‘attorney-client’ material, and also ‘executive’ privileged material, which they knowingly should not have taken.”

The news outlet which cited sources close to the investigation, Mr. Trump’s team was informed that at least five boxes – labelled A-14, A-26, A-43, A-13, A-33, and a set of documents – taken under the authority of the search warrant contained information protected by attorney-client or executive privilege. According to a property list released by the FBI on Friday, the documents were among a host of materials taken from Mr. Trump’s palatial Palm Beach home last Monday, which included binders of photos, a handwritten note, a leatherbound box of documents, along with a “executive grant of clemency” for longtime aide Roger Stone. Agents also discovered 11 boxes of classified documents labelled with various levels of security, including top secret, confidential, and “TS/SCI.”

“They stole my three passports”

The former President also claimed on Monday that FBI agents seized three of his passports during the raid on his Florida home last week in search of classified documents he may have illegally kept after leaving office. “In the raid by the FBI of Mar-a-Lago, they stole my three Passports (one expired), along with everything else,” Trump wrote on his social media platform, Truth Social. “This is an assault on a political opponent at a level never seen before in our Country. Third World!”- read a post from the former president’s Truth Social media.

It’s unclear why the FBI may have taken his passports, or why he appears to have three of them. Trump stated that one was expired; it’s possible that he has a regular non-expired passport in addition to a second special issuance passport as a former US president.

Mr. Trump has been extremely critical of the FBI since it executed the search warrant at his Mar-a-Lago estate last Monday. His criticisms incited his extremist base of supporters to threaten and attack FBI officials, resulting in top Republicans in Congress inciting violence and mocking the Justice Department. 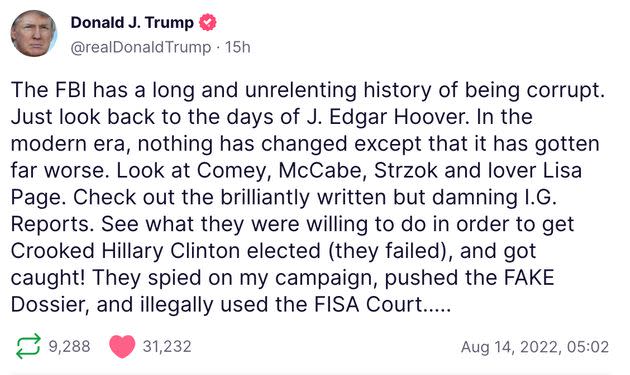 A Justice Department official told reporters on Monday that the passports belonging to former president Trump were returned to him following last week’s FBI search of his Mar-a-Lago home. The FBI acknowledged having the passports on the same day that Mr. Trump claimed on his social media platform that FBI agents who conducted the search on Aug. 8 had taken them.