Donald Trump at NRA: We Must Protect Our Children’s Schools 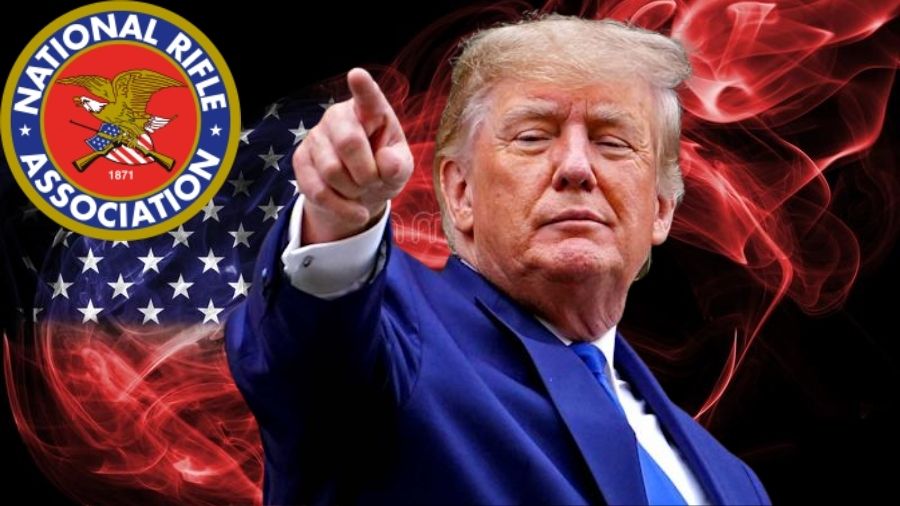 Donald Trump at NRA We Must Protect Our Children's Schools

Former President Donald Trump addressed the issue of gun safety and the need to protect children’s schools after an 18-year-old boy of unsound mind shot 19 children and 2 adults at an elementary school in Uvalde Texas. Trump spoke about how important it is to safeguard the schools of children these days. Governor Greg Abbott was also going to attend this event but cancelled his appearance at the last minute. Instead, he sent a video instead of visiting the community.

“Unlike some, I did not disappoint you by not showing up,” said Trump. Trump began his speech by having a moment of silence for the victims of the shootout. He even read out their names with the background sound of a bell tolling in the conference room. Trump spoke about Salvador Ramos (the shooter) and said that he had committed a heinous crime and he will be damned in hell. “The monster who committed this crime is pure evil, pure cruelty, pure hatred, absolute pure hatred, and while those he slaughtered are now with God in heaven, he will be eternally damned to burn in the fires of hell,” Trump said.

Trump even addressed the Democrats who are trying to take away the constitutional rights of American citizens. “Sadly before the sun had even set on the horrible day of tragedy, we witnessed a now-familiar parade of cynical politicians seeking to exploit the tears of sobbing families to increase their own power and take away our Constitutional rights,” Trump said about the Democrats.

Trump further says that the Democrats are trying to use the shooting as an excuse to impose gun control laws on legal gun owners and thus taking advantage of the people who are greaving and mourning after this horrific incident. “Let’s not pretend that those on the left are just talking about limiting one class of gun or one category of ammunition … we all know they want total gun confiscation,” he said.

The former president said that shootouts like this are proof that the citizens of America need to protect themselves and hence imposing gun control laws will be endangering the citizens even further. The former president even addressed the grieving parents. He said that there is no law or rule that can get back what the parents have lost due to the shootout. “No law can cure the effects of a broken home. There’s no substitute for a strong mom and a great dad,” said Trump.

About The National Rifle Association

The organization also publishes several magazines and sponsors competitive marksmanship events. Not only to teach gun control to the people but the NRA is also one of the most prominent lobbying groups in U.S. Politics. The NRA Institute of Legislative Action also manages the political action committee (PAC) and the political victory fund (PVF). The organization has also endorsed or opposed various candidates at only local but also federal levels.

This shows the influence NRA has in the legislature. The NRA has become increasingly criticized by gun control and gun rights advocacy groups, political commentators, and politicians. The main aim of the NRA is to “promote and encourage rifle shooting on a scientific basis”. NRA’s website has self-proclaimed itself to be America’s longest-standing civil rights organization.

The NRA has been described as influential in shaping American gun control policy. Nine of the United States Presidents have been members of the NRA. Theodore Roosevelt, William Howard Taft, Dwight D. Eisenhower, John F. Kennedy, Richard Nixon, Ronald Reagan, George H. Bush. and Donald Trump, three US vice presidents, two chief justices of the US Supreme Court, and several US congressmen, as well as legislators and officials of state governments, are or have been members are the notable members of the NRA.

About The Texas Shootout

An 18-year-old boy named Salvador Ramos opened fire in an elementary school in Uvalde.19 children and two adults were dead after a teenage gunman wearing body armour shot his grandmother before opening fire at an elementary school. Ramos opened fire in Robb elementary school shortly after 11:30 on Tuesday. The Texas Department of Public safety said that Ramos killed anyone in his way. Ramos also posted pictures of his firearms on his Instagram page. Of the weapons posted, one appeared to be a Daniel Defense AR-15 with a high-capacity magazine. The Instagram page was shortly deleted after Ramos was publicly identified. This Texas Shootout is considered the deadliest school shooting in Texas history.