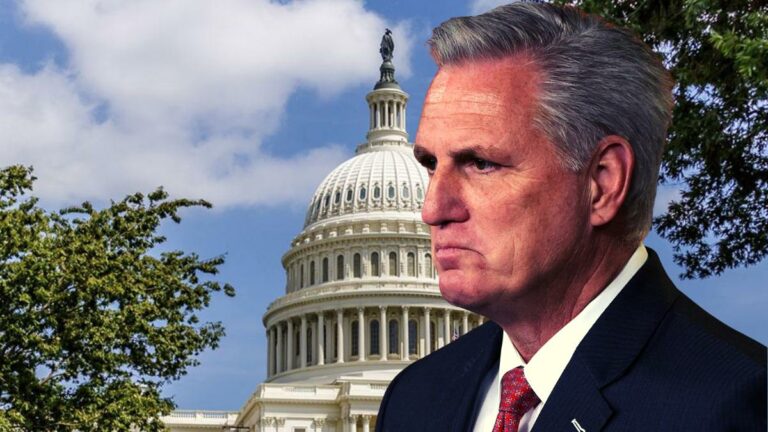 House Democrats slammed Minority Leader Kevin McCarthy for his threat to remove them from committee assignments if he is elected speaker, and slammed him for his remarks.

House Minority Leader Kevin McCarthy doubled down on his promise to remove several Democratic members in the House of Representatives from their committee assignments if he becomes speaker this weekend, after Republicans narrowly won control of the House in the midterm elections. McCarthy stated that he would not allow Rep. Ilhan Omar of Minnesota to work on the House Foreign Affairs Committee, nor would he allow Reps. Adam Schiff and Eric Swalwell of California to serve on the House Intelligence Committee.

“I’ll keep that promise,” said McCarthy in a Sunday interview, when asked by the reporter if he “will deliver” on removing Omar, Schiff, and Swalwell from committees.

On Saturday, in a tweet posted along with a video clip, Kevin McCarthy said that he would keep his promise to remove Omar “based on her repeated antisemitic and anti-American remarks.” He made similar comments during an appearance on Fox News on Sunday.

Last year, I promised that when I became Speaker, I would remove Rep. Ilhan Omar from the House Foreign Affairs Committee based on her repeated anti-semitic and anti-American remarks.

In response to McCarthy’s remarks, Omar issued a fiery statement on Monday, and slamming the Republicans for making it “their mission to use fear, xenophobia, Islamophobia and racism to target me on the House Floor and through millions of dollars of campaign ads.”

Other House Democrats have said McCarthy has been “siding with the insurrectionists,” and Rep. Liz Cheney has called McCarthy the “leader of the pro-Putin wing.” Kinzinger and Cheney will not be in Congress next year.

Greene backs McCarthy’s efforts, calling Republican opposition to him a “bad strategy.” Despite her far-right ideologies, he has stated that under his leadership, he will reinstate her on committee assignments.