Chuck Grassley wins the Iowa Republican primary for the US Senate 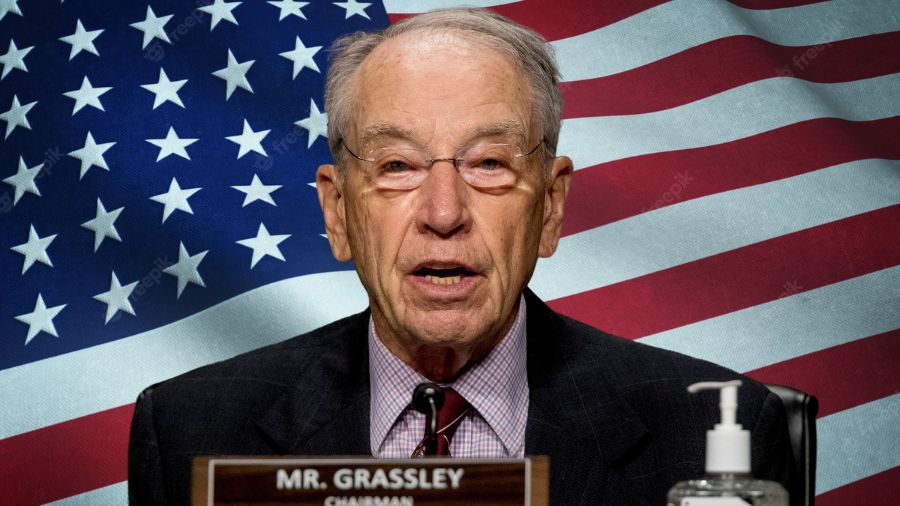 Chuck Grassley wins the Iowa Republican primary for the US Senate

Republican Senator Chuck Grassley ran for re-election for what would be his eighth term in office and easily defeated his primary challenger on Tuesday. Grassley will now be facing Democratic Nominee Michael Franken in November. Iowa is considered to be a red state that backed former President Donald Trump in 2016 and by an even higher margin in 2020, even though the Hawkeye State twice backed former President Barack Obama. Trump endorsed Grassley early in his reelection bid which showed great results.

On Tuesday, Grassley, the top Republican on the Judiciary Committee, defeated state Sen. Jim Carlin of Sioux City, his lone challenger during the primary. Grassley’s seat is considered a great win for the party, also a safe place for Republicans and is part of their broader strategy to retake the currently evenly-divided Senate in the November midterms. This has been Trump’s main strategy from the beginning when he started endorsing candidates. This is considered Trump’s first step back into the game. Many people already knew that Grassley had won half an hour before the polls closed on Tuesday Night.  Grassley had about 74% of the vote and Carlin had only 27% as of Wednesday.

“I love serving the people of Iowa. Now that the primary’s over, I want everybody to unite so we can have a big victory in November. A big victory in Iowa contributes to Republicans taking over control of the United States Senate and House of Representatives,” said Grassley in a statement. Though Carlin had also said that he was himself a Trump supporter, he didn’t convince many people and they voted in favour of Grassley. Carlin even accused Grassley of not being conservative enough.

Carlin said that he himself was much more conservative and even was in favour of border security and support for the Second Amendment. He also accused Grassley of not investigating Trump’s rigged election claims properly. Despite what Carlin said the former president Donald Trump believed in Grassley. He even praised Grassley and the way he has served America for so many years. Trump addressed Grassley as a very young guy and also a fighter in his endorsement speech. “We have with us tonight a great American patriot, a man who truly loves Iowa — loves Iowa. He’s a young — very young guy. He’s strong. And he’s very handsome. He fights like no other. When I’ve needed him for help, he was always there,” Trump said describing Grassley.

Grassley worked very hard to win this campaign. He launched TV Shows, Radio shows and even digital ads. Grassley spoke about how the Great country of America is getting ruined by people who don’t know how to run the country. Grassley was very open in criticizing Democratic President Joe Biden. Grassley spends a total of 4.6 million dollars during his campaign. Carlin didn’t do even half the work as Grassley did and thus the results came out in Grassley’s favour instead of Carlin’s.

Grassley has now started his preparations for the general elections that will be held in November. Mostly all the Republicans believe that Grassley is going to win there also. If Grassley manages to win the General election, it won’t be a win for him alone but for the whole Republican Party and Trump too. Grassley speaks about how the rates of inflation, gas prices, international conflict and unemployment have gone up drastically since the Democratic President Joe Biden signed into office. Biden anyway is very unpopular in Iowa so the chances of a Democrat winning here are very low.

Throughout his career, Grassley has done a lot of great work and when competing in an election has always won with great margins. His closest U.S. Senate election was in 1980. That was Grassley’s first year in that office. Grassley defeated incumbent Democratic U.S. Sen. John Culver by 8 percentage points. In every election since the Democratic candidate has failed to crack even 40% giving Grassley winning margins of as much as 42 percentage points.

No candidate has ever managed to score more than Grassley, he has always won each of his elections for U.S. Senator by more than 20 percentage points. Amongst all the Republicans more than 81% favour Grassley. Grassley is the favourite to win in November. National elections analysts rate Iowa’s U.S. Senate race as “solidly Republican.” Many people underestimated Grassley and thought that his age would make him vulnerable and that he would lose this election. Grassley won the election with 143,387 votes and Carlin had only 51,784 votes. Although Franken was successful in increasing his number of supporters, expelling Grassley will still be a significant challenge for the Democratic underdog.

Charles Ernest Grassley born September 17th 1933,  is an American politician serving as the president pro tempore emeritus of the United States Senate, and the senior United States senator from Iowa, having held the seat since 1981. He is in his seventh Senate term, having first been elected in 1980. Grassley is a member of the Republican party, he served eight terms in the Iowa House of Representatives and three terms in the U.S. House of Representatives. Grassley has also been the chairman of the Senate Finance Committee. As of 2019, Grassley was the most senior Republican in the Senate.

In 1955, Grassley earned a Bachelor of Arts degree and in 1956 an Master of Arts degree in political science. He even began pursuing a P.h.D degree from the University of Iowa but later dropped out. Grassley began his career in the 1950s when he began farming and working in factories in Iowa. After that, for one year Grassley even taught at Charles City College. Grassley later when on the Represent Butler County in the Iowa House of Representatives from 1959 to 1975 and then went on to serve in the U.S. House of Representatives from 1975 to 1981. Grassley is a Trump supporter and even campaigned with Trump in 2021. He received Trump’s endorsement while contesting in the 2022 Republican Primary and won.