The following article presents all the information you will need regarding Florida Governor Ron DeSantis’ wife, Casey DeSantis’ net worth.

Casey DeSantis is the First Lady of Florida and the wife of the 46th Governor of Florida, Ron DeSantis. She is a former news and TV show host and a sportswoman. Currently, she plays a key role in bolstering the Florida Governor’s re-election campaign. Casey DeSantis is widely known in political circles as her husband’s closest confidante and a major influence on his career. As first lady, she has prioritized children’s mental health and cancer research.

Casey DeSantis is an important figure in the DeSantis re-election campaign. Mrs. DeSantis, the 44-year-old governor’s wife, has been actively campaigning for her husband for more than a decade, touring the Sunshine state from the Panhandle to the Keys to promote her recently launched political initiative, Mamas for DeSantis. When it was unveiled this summer, the rallying effort focused heavily on Mrs. DeSantis’ personal story. 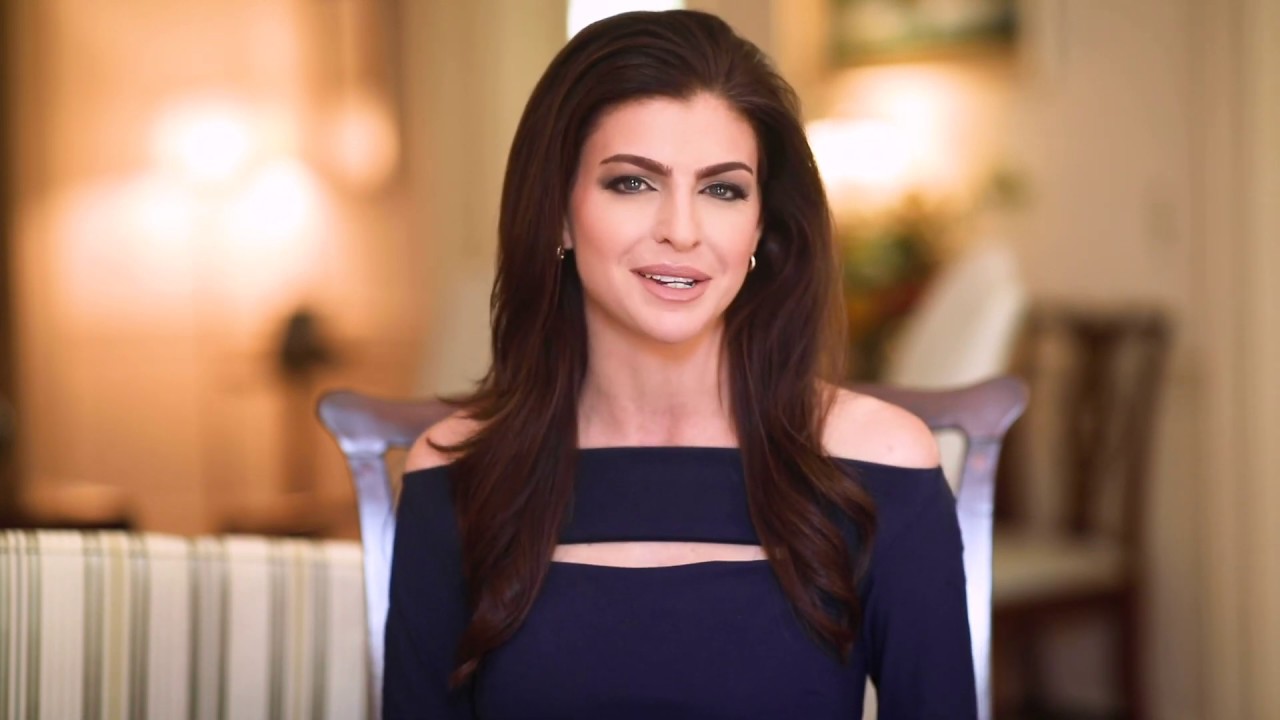 What is the Florida First Lady’s net worth? Read on to know more on the topic: Casey DeSantis net worth- How much is Casey worth?

Casey DeSantis Net Worth – How much is the Florida First Lady worth?

Florida First Lady Casey DeSantis’ net worth is estimated between $1.5 million to $3 million dollars. The Florida Governor’s wife has accumulated most of her wealth through her career as a news anchor and a TV show host.

Some of the most notable positions held by Casey during her media career include the host of The American Dream, a show on entrepreneurs, and First Coast Living, a daily talk show.

Florida First Lady Casey DeSantis started her career as a host of the Golf Channel shows On The Tee and PGA Tour Today. She was also a local newscaster and anchor for WJXT, a Jacksonville, Florida-based independent station. She worked as a general assignment reporter, a morning anchor, and a police reporter there. She also did special reports for major news organizations such as CNN. 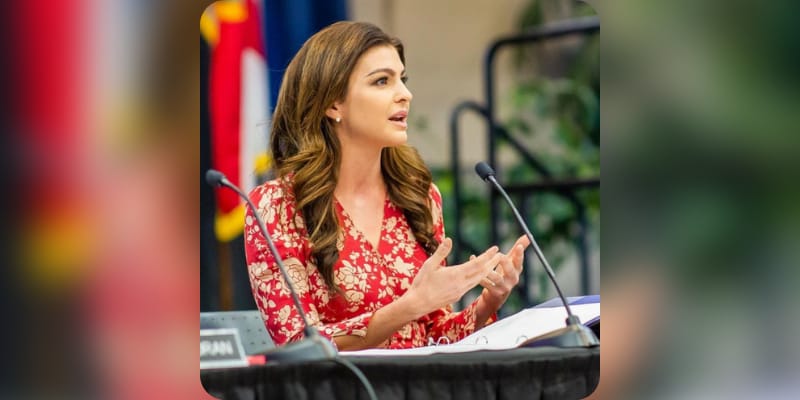 Mrs. DeSantis held a variety of positions at the independent station in Florida, including general assignment reporter, morning anchor, and police reporter.

Casey’s careed in the media world eventually led to her earning recognition at the Suncoast Emmy Awards, where she won awards for on-air talent and received two more Emmy nominations, one of which was for a documentary about a high school football player called Champion, The JT Townsend Story.

Ms DeSantis was hired as the creator-moderator of The Chat, panel discussion talk show that had an hour-long run time and aired on Tegna’s Jacksonville stations WTLV and WJXX in 2014, two years after Florida Governor Ron DeSantis announced his first bid for Congress. Casey has also hosted First Coast Living, a daily talk show, and The American Dream, a weekly program.

In 2018, Florida Politics referred to Casey as “one of the most recognizable faces on Jacksonville television, with long runs at two local news operations.”

Casey DeSantis has also been influential in Florida politics. Mrs. DeSantis was introduced to Florida voters in an ad in 2018 as the wife of the then-campaigning governor’s nominee. In short, she portrayed her husband as a family-oriented man who had the approval of both her and then-President Donald Trump. 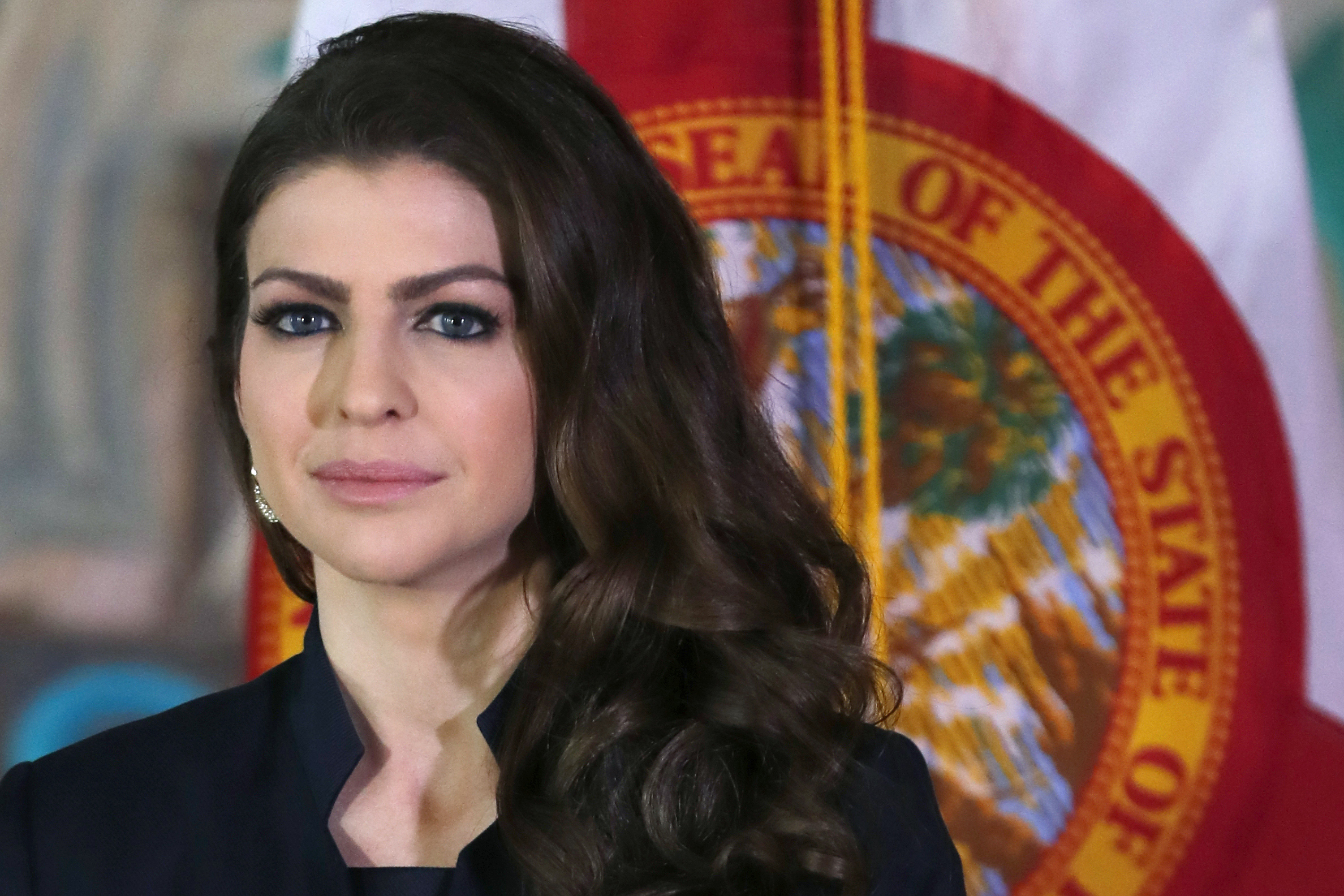 The First Lady of Florida has also undertaken a number of public initiatives. Hope Florida – A Pathway to Prosperity, Economic Self-Sufficiency, and Hope was launched in September 2019 by First Lady DeSantis. This initiative, implemented through the Department of Children and Families, is uniting communities by guiding the people of Florida on an individualized path to prosperity by focusing on collaboration between the private sector, faith-based community, nonprofits, and government entities – removing traditional community silos in order to maximize resources and discover new opportunities.

Announcing the launch of the initiative on her Instagram account, Casey writes, “Today we launched the Florida Cancer Connect initiative, a centralized website that provides Floridians with valuable knowledge while instilling hope to those facing cancer by sharing positive survivor stories.”

Casey DeSantis (formerly known as Jill Casey Black) was born in Troy, Ohio, on June 26, 1980. She is an alumnus of the College of Charleston, where she obtained a bachelor’s degree in Science, majoring in Economics, with a minor in French.

Casey and Ron DeSantis met at a golf course in Florida, when the Florida Governor was a naval officer at Naval Station Mayport. The couple tied the knot in September 2010, and have since built quite the life together. They have three beautiful children, two daughters named Madison, 5 and Mamie, 2, and a son named Mason, 4.

Announcing the birth of their youngest child, Mamie, Casey DeSantis took to her Twitter account, and wrote, “Ron and I are beyond blessed to welcome our new baby girl, Mamie to the world. At 7 lbs 4 oz she was the smallest of the bunch, but she is already holding her own. Madison and Mason are so excited for their new baby sister!”

Ron and I are beyond blessed to welcome our new baby girl, Mamie to the world. At 7 lbs 4 oz she was the smallest of the bunch, but she is already holding her own. Madison and Mason are so excited for their new baby sister! pic.twitter.com/R4kgx9a8Ii

Speaking at an interview back in 2018, Caset fondly remembers the time she met Ron DeSantis at the golf course, saying, “I kept looking over my shoulder because I wanted the bucket of balls that somebody had left because my swing was so terrible. I needed as much practice as I could possibly get. As I’m looking over behind me, Ron is over there. He thinks I’m looking at him,” adding that she had actually been looking at the bucket of golf balls.

“Long story short we started to talk and that’s how we met,” she added further.

Casey was diagnosed with breast cancer in 2021. The Florida Governor announced Casey’s diagnosis on October 4th, 2021, saying, “I am saddened to report that Florida’s esteemed First Lady and my beloved wife has been diagnosed with breast cancer.” He further added, “As she faces the most difficult test of her life, she will have not only have my unwavering support but the support of our entire family, as well as the prayers and well wishes from Floridians across our state. Casey is a true fighter, and she will never, never, never give up.” 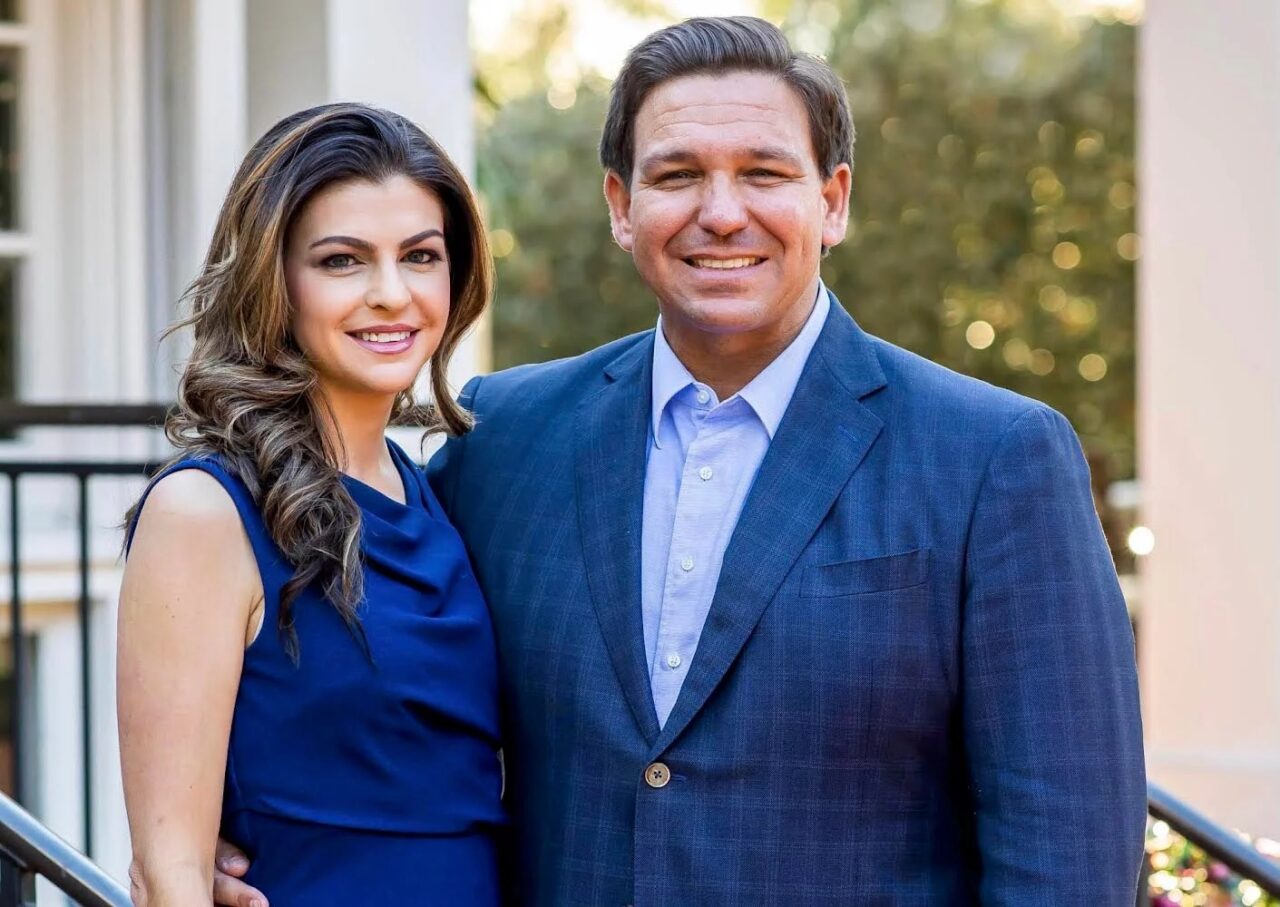 In March earlier this year, Casey DeSantis was declared cancer free. In a recent ad, Casey revealed how the Florida Governor took care of her along with their children, saying, “When I was diagnosed with cancer and I was facing the battle for my life, he was the dad who took care of my children when I couldn’t. He was there to pick me off of the ground when I literally could not stand. He was there to fight for me when I didn’t have the strength to fight for myself.”