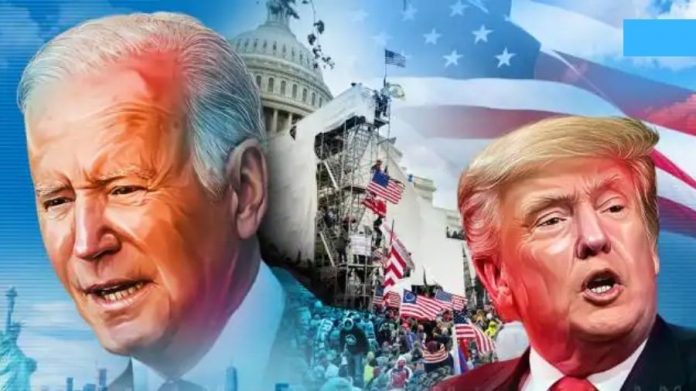 Answers to the aforesaid question are given straightforwardly to the people questioning that. And the answers usually entail a passionate “yes” or a vehement “definitely yes”. It is strongly believed that Donald Trump can again come into the picture in the year 2024 as our president again, in light of Biden’s dropping job approval ratings. And Trump has a very high chance of winning.

Why there is a belief that Donald Trump will win this poll in the year 2024?

The answer to the second part of the question is given first. It is also mentioned that if we go as per the reports generated by A new Wall Street Journal poll then-President Joe Biden and our former president Donald Trump stand each at 45% votes given in a hypothetical situation in the year 2024.

There is hardly any change in the reports of the Wall street journal poll. It is also been noticed that if the voting of the year 2020 is repeated in the same way then there will be no different and there are chances for a toss. Which means both securing equal amounts of votes. Therefore, it makes sense if people start thinking this way. While president Joe Biden secured a total of 300 electoral votes. If the difference is calculated considering a series of swing states like Georgia, Arizona, Pennsylvania, Wisconsin then the margin of votes between both of them is very low.

If the states mentioned above have voted in the favour of Trump then there were high chances of Donald Trump getting reelected.

Now the answer to the question is-

The results of presidential elections are already in their favour. A check on the fact that Trump won the elections in the year 2016 but unfortunately lost in the year 2020. And this time this election needs to be in the favor of our former president Donald Trump under any circumstances.

As mentioned by Donald Trump in a conservative Political Action Conference last month in Florida that he has won before and he will win again. Twice Trump has won and this will be the third time he will win again.