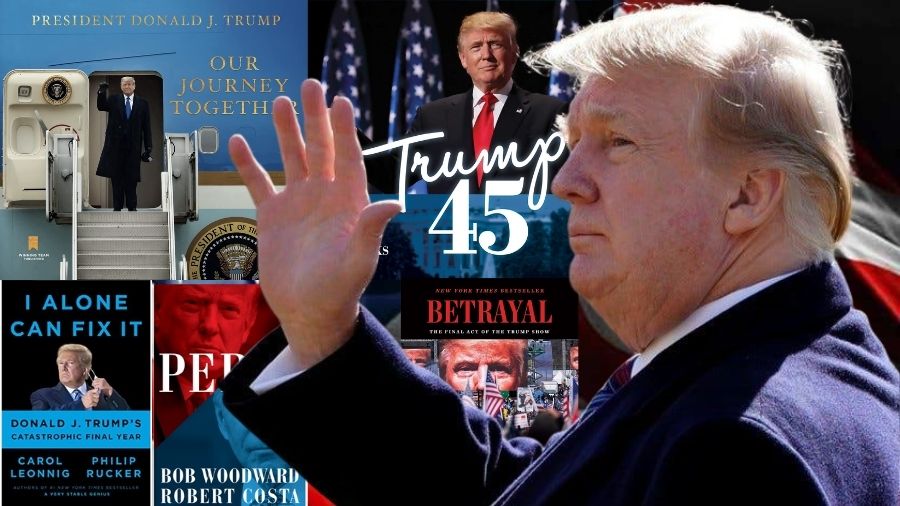 Former US President Donald Trump has a number of bestselling publications to his name. Some of the most famous ones include Great Again: How to Fix Our Crippled America, published in 2015, and Trump: How To Get Rich, published in 2004 among many other great works.

His first book was published in 1987, titled Trump: The Art of the Deal which was ghostwritten by Tony Schwartz. Trump’s first book, helped make him a household name. It was part memoir, part business advice book. It debuted at number one on The New York Times Best Seller list and remained there for 13 weeks, totalling 48 weeks on the list. During Trump’s 2016 campaign for the presidency of the United States, the book received increased attention. Trump called it one of his proudest achievements and his second favourite book after the Bible.

Donald Trump has several coffee table books to his name as well. Some of the most recently published works by the ex-president include a coffee table book titled Our Journey Together which was published in December of 2021 and contains the most memorable photos from Trump’s successful tenure as President, and Trump 45: America’s Greatest President, a pictorial history of Donald Trump and Wall Street Journal bestseller, authored by L.D Hicks, that was published in April of 2022. Other good reads include:

Donald Trump’s books have been read by millions of people worldwide and have received positive feedback from prominent institutions as well. Following is an overview of the most popular publications of Donald Trump:

The photos between the covers of this book document Donald Trump doing more for this country than any other president in this century. See him negotiate trade deals, speak to Congress, work for everyday Americans, make peace with foreign leaders, and bring troops home from overseas. Trump 45: The Greatest American President gives unprecedented access to the man who sacrificed so much for so many people.” -reads the description of the book.

Steps to buy a coffee table book by Donald Trump

Former President Donald Trump’s books are available for sale through various online platforms like Amazon and the official website of the publishing house. You can even purchase them at your nearest local book store. Here’s how you can order Donald Trump’s books online. For example, if you want to purchase Our Journey Together, follow the steps provided below:

Former President Donald Trump’s photo book had sold more than a hundred thousand copies, within three months of its release. According to a report by CNN, the book has made more than $20 million in sales within the initial months of release.