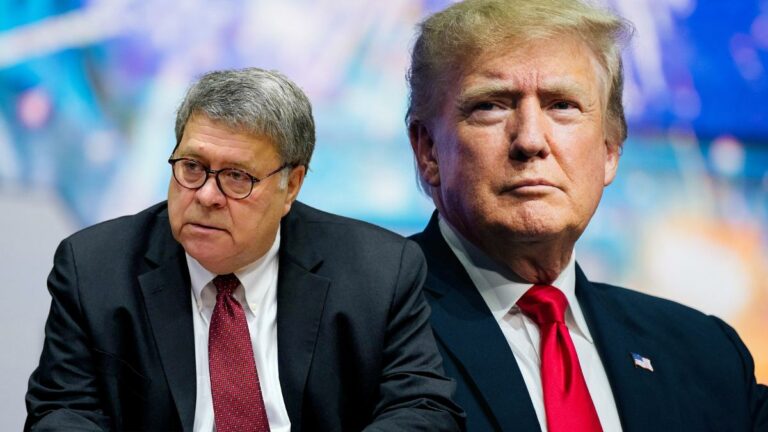 “Unless the rest of the party goes along with him, he will burn the whole house down by leading ‘his people’ out of the GOP,” Barr said, referring to the former president’s hardline supporters in the party. “Trump’s willingness to destroy the party if he does not get his way is not based on principle, but on his own supreme narcissism,” he added.

The former attorney further went on to say that the former president’s egoism makes him incapable of seeing the GOP as “anything but an extension of himself — a cult of personality.”

The ex-president officially launched his 2024 presidential campaign over a week ago, and in his relatively subdued speech, vowed to “make America great and glorious again.”

“The GOP’s poor performance in the recent midterms was due largely to Trump’s mischief,” said Barr, adding that Donald Trump’s poor candidate choice and inadequate funding among other issues are what led to several candidates losing important races.

Former president Trump’s status as a formidable figure in the GOP has suffered a blow in recent weeks as several of his endorsed candidates lost their races in key battleground states like Arizona and Pennsylvania. And Bill Barr is among those claiming that the divisive and flawed candidates Trump endorsed are to blame for the party’s failure to win control of the Senate and only a narrow House majority.

Barr was once an ardent supporter of the former president and served as his attorney general from February 2019 to December 2020.

The former attorney and Donald Trump have been at odds ever since the 2020 presidential election when Barr came forward to publicly refute Trump’s claims, saying the Justice Department had found no evidence of widespread fraud that could have influenced the election outcome. He resigned a few weeks later.

Bill Barr’s remarks have a striking similarity to that of the former president’s niece, Mary Trump, who also said that Donald Trump would “burn everything down”, should Republicans turn their backs on him following the results of the 2022 midterm elections.

Mary Trump, who has been a harsh vocal critic of her uncle for a long time, said that the former president is currently “the most dangerous person to the Republican party”.

“We don’t know just what kind of information he has on other people in his party,” she added. “What we do know is he would be willing to use it … Donald will burn everything down if he feels like he is going down.”