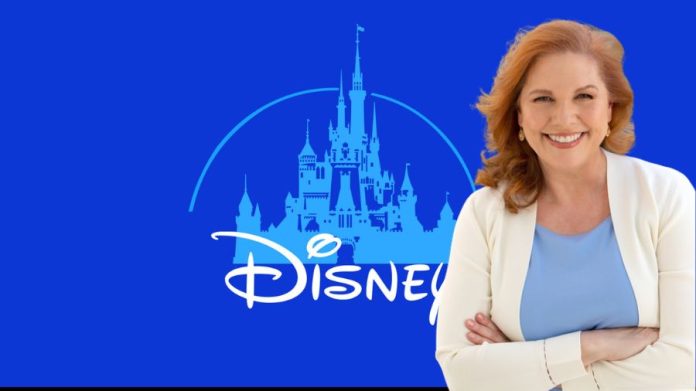 President Joe Biden’s head of vaccinations program, Kristina Schake is replacing Geoff Morrell as the head of corporate affairs at Walt Disney Co. Morrell’s departure was communicated to his team on Friday, via email. In a separate email to employees, Disney CEO Bob Chapek announced the change. Morrell’s brief tenure has been marred by controversy over the company’s response to a Florida law that prohibits some younger students from learning about sexual orientation and gender identity in the classroom.

“It has become clear to me that for a number of reasons it is not the right fit,” Morrell wrote in a separate email to his staff. “I have decided to leave the company to pursue other opportunities.”-he added.

The position earlier occupied by Morrell at Walt Disney Co will now be shared by three people. Kristina Schake will be leading all communication efforts, General Counsel Horacio Gutierrez will look after matters of Government relations and global public policy while Jenny Chhen is appointed as the Executive Vice President.

Despite Governor DeSantis signing the bill a month ago, Morrell led Disney’s response to the Florida bill, which is still in the news cycle. Disney has been vocal in its opposition to Governor DeSantis and the bill, garnering support from Democrats including a Disney heir, as well as national Democrats such as Joe Biden and the Secretary of Education. All of them seemed to imply that the bill was homophobic and an ‘anti-gay’ bill, even though the word ‘gay’ doesn’t appear even once anywhere throughout the bill.

Morell joined Walt Disney Co as chief officer for corporate affairs only three months ago. Morrell is a former ABC News White House correspondent. He was also a former Pentagon press secretary/Deputy Assistant Secretary of Defence for Public Affairs during the George W. Bush and Barack Obama administrations. When he left the government, he joined BP as a vice president and the company’s head of US communications. He rose to the position of Senior Vice President of US Communications and External Affairs, where he was in charge of government and media relations. He then relocated to London as the head of group communications and external affairs. In 2020, he was appointed to the post of Executive Vice President of Communications and Advocacy. He left BP at the end of 2021 to become Disney’s Chief Corporate Affairs Officer.

“It should never have been passed”

Disney came under fire for initially failing to speak out publicly against the Florida legislation, dubbed the “Don’t Say Gay” bill by critics. The company stated that it worked behind the scenes to influence legislation, which Chapek admitted had failed. Later, he expressed dissatisfaction with the measure and apologised to the company’s LGBTQ employees for not being a “stronger ally in the fight for equal rights.”

On March 28, when Florida Governor Ron DeSantis signed the Parental Rights in Education Act into law, Disney issued a statement saying it “should never have passed” and that it should be repealed. In apparent retaliation for Disney’s public condemnation, DeSantis signed legislation on April 22 that would strip the company of its self-governing authority at its Orlando-area parks.

The company has yet to issue a statement regarding the new law, which is set to go into effect on June 1, 2023. The bill prohibits sexual orientation and gender identity instruction in kindergarten through third grade, a policy that has sparked national outrage from critics who argue it risks marginalizing LGBTQ+ people. According to DeSantis and Republicans, the bill is reasonable, and parents, not teachers, should discuss sexual orientation and gender identity with their children.