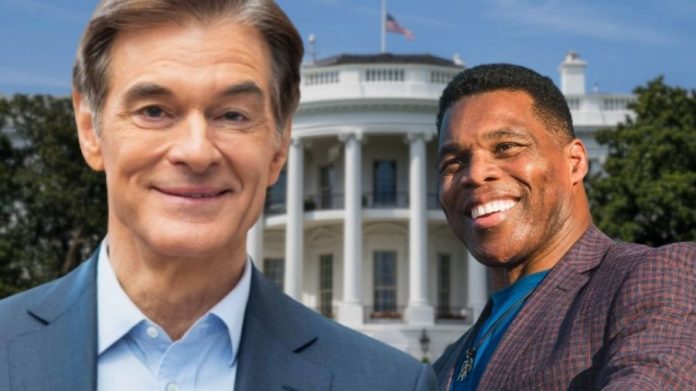 US President Joe Biden has formally asked Republican Herschel Walker and Mehmet Oz, both currently running doe the Senate, to resign from their post as members of the President’s Council on Sports, Fitness & Nutrition, or face termination. Both members were sent a letter asking them to step down voluntarily and failing to do so would result in termination.

Walker and Oz were both appointed to the President’s Council by Trump in 2018, and reappointed in 2020, shortly before Trump left office. Both of them continue to hold their positions under the Biden administration.

A White House official stated that it was against the policies of the Biden administration for federal candidates to serve on Presidential boards, hence the call for resignation.

“I’m not a quitter”, replies Walker

Herschel Walker is currently the frontrunner for the Republican nomination to challenge Democratic Sen. Raphael Warnock in Georgia. Walker replied to the President’s ‘formal’ request to resign through a Tweet, saying that he was not a quitter and that Biden would have to fire him.

“President Biden is so scared about us beating Raphael Warnock that he has asked me to resign from my unpaid position on the President’s Council on Sports, Fitness, and Nutrition.

I’m not a quitter so you are going to have to fire me.” -read Walker’s tweet yesterday.

Walker’s son, Christian, followed suit and mocked the President for his decision to fire Walker just because he was a Republican.

“My dad, Herschel Walker, is one of the most physically fit and accomplished athletes on the planet. But Biden is firing him from the Presidential Council of Fitness and Sports because he’s a Republican. Lol.” -Christian replied to Walker’s tweet.

Dr Mehmet Oz, who is running for the US Senate in Pennsylvania replied to Biden’s move, also through a Tweet saying he would comment on the move on Newsmax.

“Joining @gregkellyusa on @newsmax at 7 PM to talk about the letter I received from POTUS threatening to fire me from the President’s Council for Sports, Fitness, & Nutrition, McCormick’s ties to China, and my great working relationship w/Trump. Watch to hear what I have to say.” Oz also posted a video to his Twitter handle in which he said he had no intentions of resigning and called President Biden “petty” for “politicising health”.

“I am beyond grateful to President Trump for appointing me to this very prestigious and important position. I am also grateful to my colleagues on the committee and council, and the amazing accomplishments we were able to achieve. I’ve got no intentions, my friends, of resigning. None, If President Biden wants to politicize health, he’ll have to fire me. Let Americans see how truly petty and political he truly is,” Oz said. 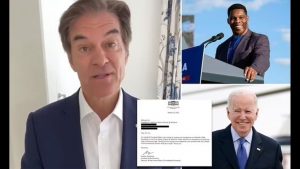 Oz and Walker are not the first Republican members of the Biden administration’s advisory panel to be asked to resign.