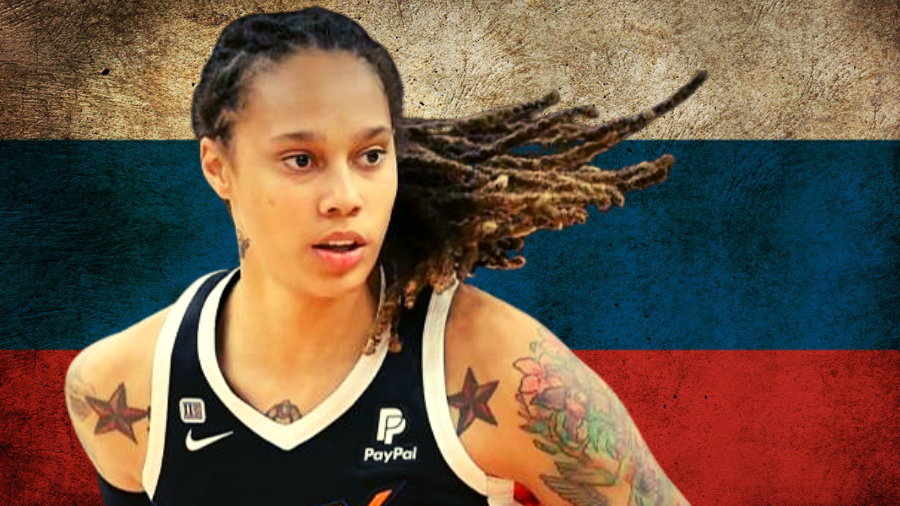 WNBA star Brittney Griner who has recently been sentenced to a 9 year prison time over a drug possession case in Russia, is now being mocked for her anti-national anthem stance from 2020. Griner has been in Russian custody since February when she was arrested at a Russian airport after authorities found vape canisters containing cannabis oil in her luggage.

During the time when the racial justice protests were at their peak in America following the murder of George Floyd and Breonna Taylor by police officers in July of 2020, players for the Phoenix Mercury, including Brittney Griner, and the Los Angeles Sparks walked off the court before the American national anthem was played in protest of the display of brutality by the police against people of the Black communuty.

Griner said that she honestly did not feel that they should the play the national anthem during that season, and take the stand. She said that she was going to protest, and not be present while the national anthem will be played, regardless of the league’s decision to play it. And she plans to maintain that stance all throughout the season. “I feel like more are going to probably do the same thing. I can only speak for myself,” Griner said at that time. Former Republican congressional candidate Errol Webber echoed similar sentiments in his tweet Wednesday last week, which read, “Brittney Griner actively refused to be present during the playing of the US National Anthem before games, and even demanded the Anthem and flag ceremony be avoided in all games.” The Tweet further mentioned how Griner must feel now, begging the “red, white and blue” to bring her back home.

Brittney Griner actively refused to be present during the playing of the U.S. National Anthem before games, and even demanded the Anthem and flag ceremony be avoided in all games.

I wonder what it feels like now with her begging the Red, White and Blue to come to her rescue? pic.twitter.com/Q9WHSU2SlB

Many Twitter users backed the WNBA athlete, saying that she was only exercising her right to protest in a way that did not sit well with some people.

One Twitter uses pointed out that this kind of thinking was “idiotic”, and just because Griner exercised her right to peacefully protest in a manner that people did not like does not meat that Griner should be abandoned in Russia. The user also pointed out that she is first and foremost an American citizen, and also the daughter of a veteran, and all efforts should be put in bring her back home.

Another user questioned what her 2020 anti-national anthem stance has got to do with freeing her from the Russians. “So in order to care about our Americans stuck abroad they cannot have exercised their 1A freedoms. So if you get stuck abroad, should any criticism you had of Biden be used against you?”