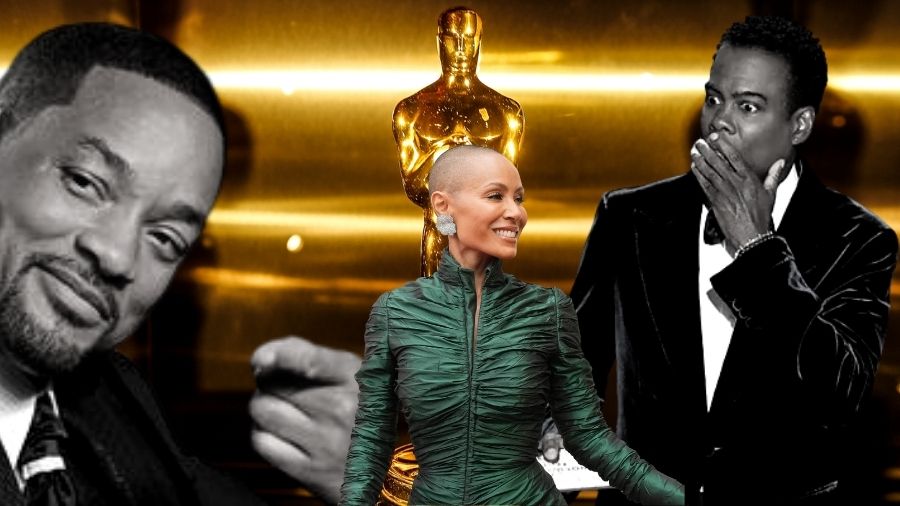 Oscar winner for Best Actor, Will Smith smacked presenter Chris Rock in the face and shouted vulgarities at the comedian for making a joke about his wife’s hairdo in a shocking moment, overshadowing the Oscars ceremony on Sunday.

What happened at the Oscars 2022

The incident began when Rock was roasting some of the nominees and made fun of Smith’s wife, Jada Pinkett Smith. “Jada, I love you. G.I. Jane II, can’t wait to see it,” he said, referencing the 1997 film G.I. Jane in which actress Demi Moore shaved her head.

The feud between Will Smith and Chris Rock garnered all the viewers’ attention at the Oscars 2022. Will Smith lost his cool in the ceremony and slapped Chris Rock after the latter joked about Jada Pinkett Smith, Will Smith’s wife.

She had cancer which caused a condition called alopecia. After Rock joked about his wife, Smith got on the stage at Dolby Theater and hit Rock in the face, leaving all the spectators and fans and everyone in the audience completely shocked. “Oh, wow! Wow! Will Smith just smacked the shit out of me,” Rock said as the audience laughed, thinking it was a skit.  Smith could be heard repeatedly saying, “Keep my wife’s name out of your f*ing mouth!” But, while receiving the Academy Award for best actor, he apologized for his actions.

Will apologized to Chris

About 45 minutes later, when accepting his first Oscar for best actor for his role in King Richard, Smith apologized to the Academy of Motion Picture Arts and Sciences and his fellow nominees in a tear-filled speech, but not to Rock. “I want to be a vessel for love,” Smith said during his acceptance speech.

Will Smith’s speech at the Oscars 2022

“Richard Williams (Will Smith’s character in King Richard) was a fierce defender of his family. At this time in my life, in this moment, I am overwhelmed by what God is calling on me to do and be in this world.”

“It’s like I want to be a vessel for love. I want to say thank you to Venus and Serena. 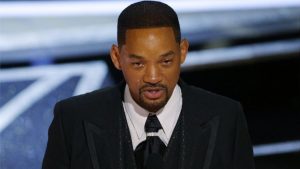 “I just spit, I hope they didn’t see that. I want to say thank you to Venus and Serena and the entire Williams family for entrusting me with your story. That’s what I want to do. I want to be an ambassador of that kind of love and care and concern. I want to apologize to the Academy, I want to apologize to all my fellow nominees. This is a beautiful moment and I’m not crying for winning an award. It’s not about winning an award for me. It’s about being able to shine a light on all of the people. Tim and Trevor and Zack and Saniyya and Demi and Aunjunue and the entire cast and crew of King Richard and Venus and Serena and the entire Williams family.”

Did Chris file a case? The episode upstaged the rest of the three-and-a-half-hour show and was sure to become one of the most memorable moments in 94 years of Academy Awards. It may cost Smith his sterling reputation in Hollywood, but not a criminal charge, at least for now, as Los Angeles police said Rock declined to file a police report. Chris didn’t feel like putting a file against the actor, Will smith.

How did celebs react?

“It was crazy,” actor LaKeith Stanfield told Variety at the Vanity Fair Oscars Party following the awards show. “I don’t know, it was surreal.”

Also speaking from the after-party, actor Minnie Driver said it was “hard to watch” the altercation unfold. “We were all privy to something that was emotions running really high,” she said, adding that she hoped “they will make up later.” “Violence isn’t ok. Assault is never the answer,” actress and director Sophia Bush tweeted. However, she also expressed criticisms of Rock’s joke, noting: “This is the second time that Chris has made fun of Jada on the Oscars stage, and tonight he went after her alopecia.”

“Punching down at someone’s auto-immune disease is wrong. Doing so on purpose is cruel. They both need a breather,” she said.