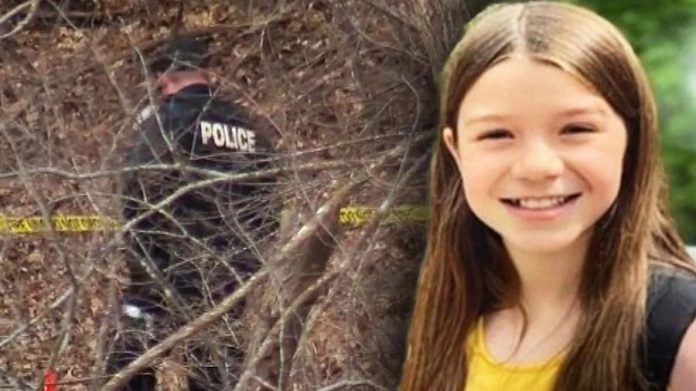 10-year-old Iliana Peters, who went by ‘Lily’, was found dead near a Wisconsin Walking Trail early on Monday at around 9:15 AM after she was reported missing by her father on Sunday. Lily’s father filed a missing report for her, in the late hours of Sunday at the Chippewa Falls police department, when she did not return home from her aunt’s house, which was nearby.

“We would like to extend our deepest sympathies to the family and friends of Lily Peters during this tragic time,” -said Chief of Chippewa Falls police department, Matthew Kelm. 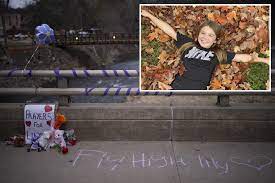 The Chippewa Falls police department soon launched investigations to look into the matter, and Chief Kelm issued a notice for the people to inform them of any information they might have. “We encourage anyone with information to please contact the Chippewa Falls Police Department and to maintain a state of vigilance as there may be a danger to the public,” Kelm said. K9 teams from the Chippewa County Sheriff’s Department were also deployed along with the police to search North Grove Street along with all nearby areas for evidence.

Lily was last seen at the house of her aunt by relatives when she was leaving for home on Sunday. She was dressed in a full-sleeved purple shirt, with black slacks and grey coloured shoes, when she was last seen. Police investigating the area also found a bicycle near the Leinenkugel’s brewery woods that is believed to be owned by Lily.

Chippewa Falls police launched a homicide investigation into the shocking death of fourth-grader Lily Peters, and on Tuesday evening, the police department of Wisconsin announced the arrest of a “juvenile suspect”.

Chippewa Falls Police Chief Matthew Kelm said during a news briefing that the suspect arrested was not a stranger to Lily. He thanked the tight-knit community of 14,000 people who played a key role in cracking the case and helping reach the suspect. According to reports, the police received more than 200 tips. “First and most importantly, earlier this evening we arrested a juvenile suspect in this case,” Chief Kelm said during the news briefing. “The suspect was not a stranger. The suspect was known to the victim. We do not believe there is any danger to the community at this time.”

‘While nothing will bring Lily Peters back or change what happened, we are very grateful to deliver this news to the family and the community,’ -he added. Chief Kelm did not provide details about the arrested suspect’s age, gender, or the exact place of the arrest. “I’m not sure where the suspect is right now, but he is in custody,” he said.

“It affects everybody,” – neighbours and residents deliver overwhelming support for the Peters family

The small and quiet community at Chippewa Falls raised their voices quite loud, provided immense support to the Peters family, and also provided a lot of assistance to the police in solving the case. The community of around 14,000 residents came together to support the Peters family, and hung purple ribbons along with comforting and supportive messages around town, as reported by the executive director of Chippewa Falls Main Street, Teri Ouimette. The Chippewa Falls Main Street is a non-profit organisation that focuses on helping improve the quality of life for the residents. Purple was Iliana’s favourite colour. 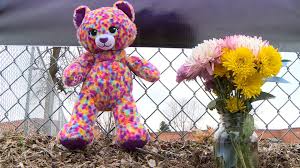 Local businesses in the area started selling badges and stickers in order to raise money. The Peters family is also accepting donations through GoFundMe.

“We got the ribbons, put out a Facebook post for volunteers, ‘Here’s what we’re going to do with it everybody, come on down. Well, they did, And the ribbons were put up in a matter of, you know, 15 minutes.” -said Ouimette. “It affects everybody,” -she added. She also said that small kids are often seen playing outside their homes on the streets, all through the community. Ouimette has an adult daughter herself, and young nephews and nieces.

The community at Chippewa Falls have faced similarly horrifying incidents previously. In 2005, a school bus crashed, resulting in the death of five people including a band director and his granddaughter aged 11. The crash also resulted in the injury of 30 other people. In another recent incident, a young mother and three girl scouts lost their lives when a drunken driver hit them with his car while they were cleaning up trash on the side of the street.

Facebook
Twitter
Pinterest
WhatsApp
Previous articleTaylor Lorenz banned from Truth social – What was the reason?
Next articleThe US gas price is over $4 per gallon, so these oil CEOs took home more than $20 million